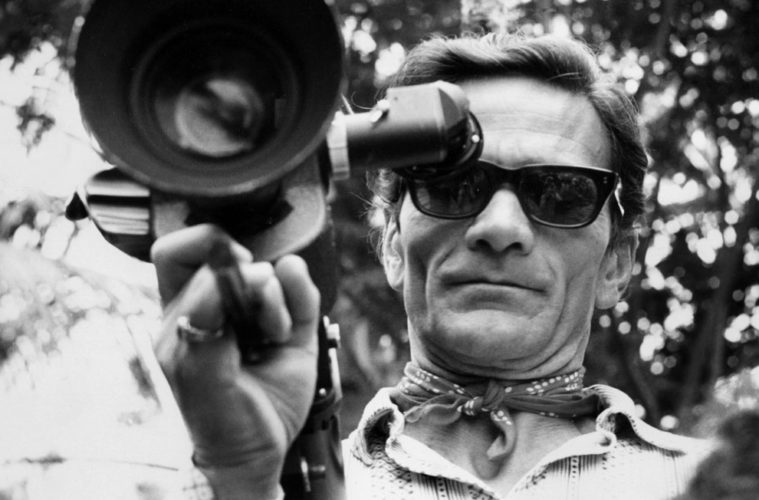 “Want to go for a spin?” the poet and maestro of Italian cinema asked the rent boy, according to the latter’s confession to the police. “Come ride with me, and I’ll give you a present.” So began the events leading to the murder of Pier Paolo Pasolini, brilliant intellectual, director and homosexual whose political vision – based on a singular entwinement of Eros, Catholicism and Marxism – foresaw Italian history after his death, and the burgeoning of global consumerism. It was a murder that, four decades later, remains shrouded in the kind of mystery and opacity Italy specialises in – un giallo, a black thriller.

Shutter Island is getting adapted into a TV prequel series at HBO titled Ashecliffe, with a Martin Scorsese-directed pilot, Deadline reports.

Steve McQueen, John Goodman, Lupita Nyong’o, Ralph Fiennes, Will Forte, and more discuss the first films that made them laugh.

At The Dissolve, Matt Singer on nitpicking the nitpickers:

There’s something else at work here beyond simple popularity, though. As detailed in a recent study reprinted at Smithsonian.com, while “joy moves faster than sadness or disgust,” on social media, “nothing is speedier than rage.” Targeting movies with intensely devoted fan bases—like Frozen or comic-book movies—and pissing those fans off until they’re angry enough to share your work with like-minded friends… That can be very good for business. A video rightfully slamming an actual piece of junk that everyone hates has a smaller chance of going viral. (“Guys, guys! You gotta check out this ‘Everything Wrong With John Carter video! They nailed it!”) On the web, whether someone loves a video or is infuriated by it is totally irrelevant. All that matters is that they watch, and increasingly, that they share it.

At Vulture, Mark Harris profiles the making of Foxcatcher, which reveals that Ryan Gosling, Bill Nighy, and Heath Ledger were up for roles in the project.

At NJ.com, Stephen Witty on why the MPAA thinks all gay people should be rated R:

The MPAA movie ratings are supposed to provide information on a movie’s content, so parents can decide whether or not it’s suitable for their children. But what kind of information are they really providing? And what are they assuming we want to protect our children from?

At Playboy, Matt Patches on the wonderful problem with Terry Gilliam:

What to make of director Terry Gilliam, the director behind films like Monty Python and the Holy Grail, Brazil, The Fisher King, 12 Monkeys *and the just-released *Zero Theorem? He is a singular visual stylist — and beloved by actors who’ve worked with him, like Johnny Depp, Sean Connery and Jeff Bridges — who chases his own muses into obscurity and disaster? Was there ever a chance for him, or was he destined to simply be the Least Likely to Succeed?