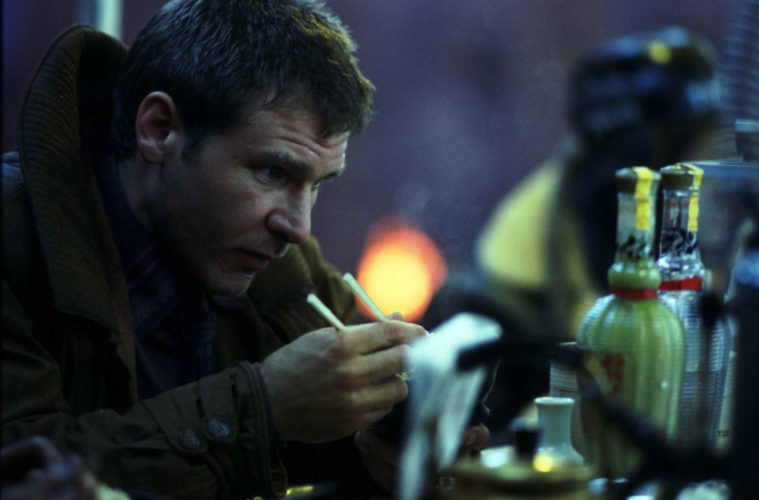 Although Ridley Scott‘s Alien prequel Prometheus arrived with great expectations, by most accounts, the results were unfulfilling, so the thought of the director returning to the world of another one of his sci-fi classics, Blade Runner, has been met with much hesitation.

We got word this past summer that Green Lantern co-writer Michael Green has been set to rewrite the sequel, after original writer Hampton Fancher took a stab, and now another update has arrived. As we know, Scott has revealed that he wants Harrison Ford to come back as Rick Deckard, and now the actor has confirmed talks are happening. Opening up for the first time about the project, speaking to IGN, Ford simply said he’d be open to returning, adding, “Yeah, we’ve been chatting about it.”

It’s by no means a confirmation, but with Ford jumping aboard The Expendables 3 and having an open mind about Indiana Jones 5, he’s not necessarily being selective about his projects. As another Blade Runner chugs along, check back to see if Ford will indeed come on board. In the meantime, watch a 27-minute press conference with Scott and his star of The Counselor, Javier Bardem, in which the director speaks about his current production of Exodus being his biggest yet and that Prometheus 2 is indeed in the scripting stage.

If Ridley Scott makes another Blade Runner, would you hope to see Harrison Ford return?