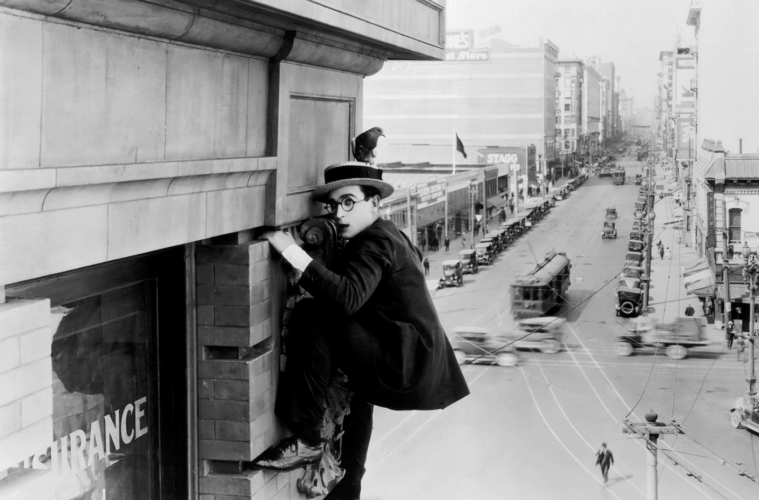 One of the greatest films of the silent era is coming back to theaters across the country. Fred C. Newmeyer and Sam Taylor‘s 1923 hit Safety Last! has been the subject of homage in many films, such as Back to the Future and Hugo (where Martin Scorsese flat out showed a portion of the film), and now thanks to Janus Films, the comedy is getting a new DCP restoration, along with new 35mm prints.

Starring Harold Lloyd, the film features one of the greatest stunts in early cinema history (on display in the theatrical poster below), in which no trick cameras were used. For those interested about the restoration, the DCP “was created from a 2K transfer of an original nitrate print” and “over 300 hours of digital work went into cleaning the image.”  Carl Davis‘ original score was “then re-synced his original score to the restored master to create the best possible match for theatrical presentation.” Check out the re-release trailer below, along with the poster and theatrical expansion dates. Check out the official site for more details.

Is Safety Last! coming to a theater near you?