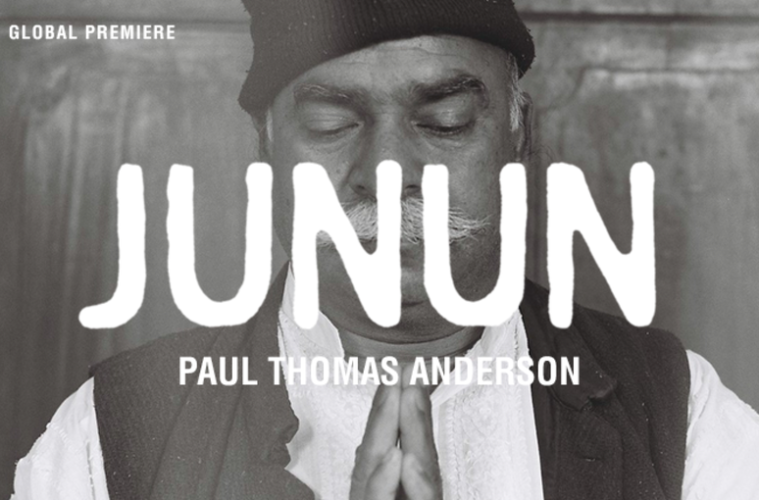 This week we have one for Paul Thomas Anderson‘s new documentary, Junun, which premieres today at the New York Film Festival before hitting MUBI globally tonight at midnight. The film follows his trek with Jonny Greenwood to Rajasthan in northwest India, where they were hosted by the Maharaja of Jodhpur.

Our poster goes back a few centuries to find something fitting to the region where the film was shot, depicting an 1800’s-era illustration of a Maharaja of the time. Check it out below and return for our review and more coverage from NYFF.

Earlier this year, Paul Thomas Anderson joined his close friend and collaborator Jonny Greenwood on a trip to Rajasthan in northwest India, where they were hosted by the Maharaja of Jodhpur, and he brought his camera with him. Their destination was the 15th-century Mehrangarh Fort, where Greenwood (with the help of Radiohead engineer Nigel Godrich) was recording an album with Israeli composer Shye Ben Tzur and an amazing group of musicians: Aamir Bhiyani, Soheb Bhiyani, Ajaj Damami, Sabir Damami, Hazmat, and Bhanwaru Khan on brass; Ehtisham Khan Ajmeri, Nihal Khan, Nathu Lal Solanki, Narsi Lal Solanki, and Chugge Khan on percussion; Zaki Ali Qawwal, Zakir Ali Qawwal, Afshana Khan, Razia Sultan, Gufran Ali, and Shazib Ali on vocals; and Dara Khan and Asin Khan on strings. The finished film, just under an hour, is pure magic. Junun lives and breathes music, music-making, and the close camaraderie of artistic collaboration. It’s a lovely impressionistic mosaic and a one-of-a-kind sonic experience: the music will blow your mind.