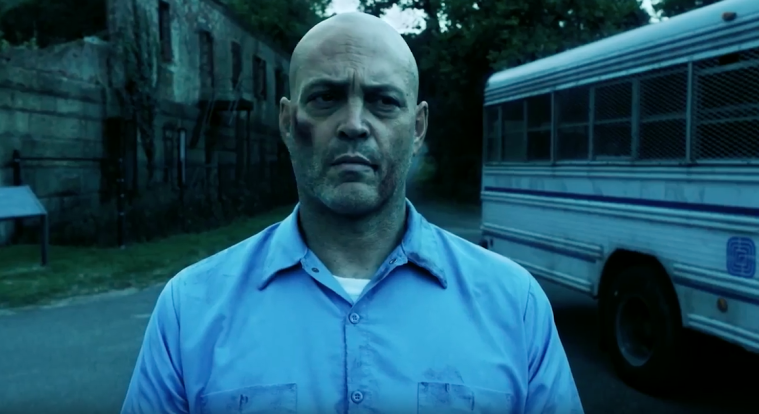 One of the most entertaining, gnarliest thrillers of the year is S. Craig Zahler’s Bone Tomahawk follow-up Brawl in Cell Block 99, featuring a stellar performance by Vince Vaughn. With the film arriving on home entertainment today, we’ve teamed with RLJE Films to give one grand prize featuring a 4K Blu-ray and a script signed by S. Craig Zahler. See how to enter below and all entries must be received by 11:59 PM EST on Friday, December 29th.

We're giving away #BrawlinCellBlock99 on 4K Blu-ray. RT this + follow us to enter. See more ways to enter: https://t.co/XWp0a2wPNh pic.twitter.com/cT5db95KCa

What's your favorite script of the year? Reply for a chance to win #BrawlinCellBlock99 on 4K Blu-ray. See more ways to enter at the link in bio.

Brawl in Cell Block 99 is now available on 4K Blu-ray/Blu-ray/DVD.