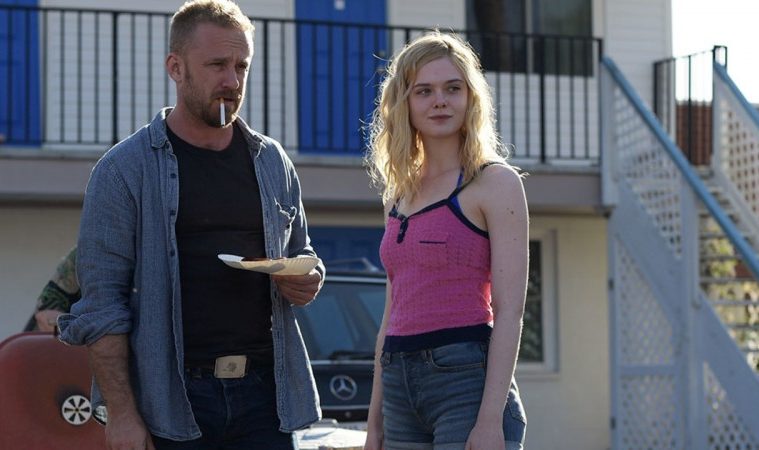 If you can’t wait until the third season of True Detective early next year, some more Nic Pizzolatto is coming your way next month. Inglourious Basterds and Enemy star Mélanie Laurent has made her English-language debut with Galveston, starring Elle Fanning and Ben Foster. Following a SXSW premiere, it’ll now get a release in October and the full trailer has landed.

Unfortunately, our own John Fink wasn’t a big fan of it, saying in his SXSW review, “Something feels a bit off or perhaps lost in translation as the film shifts from dreamy landscapes and parting glances to ultraviolent single-take scenes that jar us out of the seductive fantasy. The director, who proved more than adept behind the camera with Breathe, doesn’t seem terribly in control of tone or plot here with an uneven structure that grows maddening in its second act before becoming a revenge thriller with predictable beats.”

Roy (Foster) is a heavy-drinking criminal enforcer and mob hit man whose boss set him up in a double-cross scheme. After killing his would-be assassins before they could kill him, Roy discovers Rocky (Fanning), a young woman being held captive, and reluctantly takes her with him on his escape. Determined to find safety and sanctuary in Galveston, Roy must find a way to stop his boss from pursuing them while trying to outrun the demons from his and Rocky’s pasts.