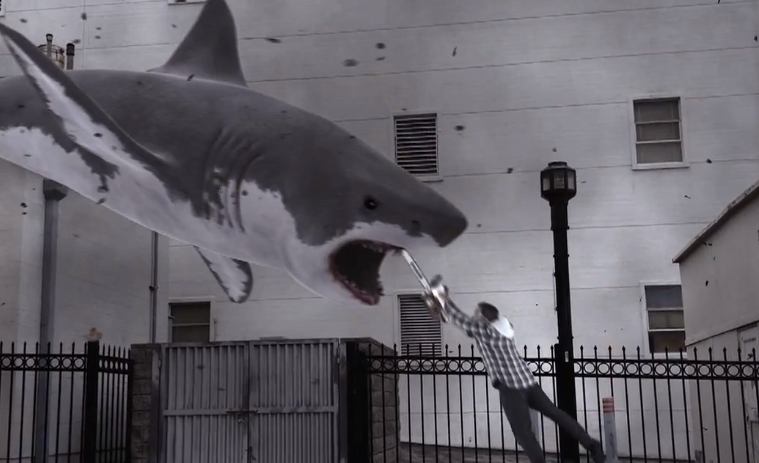 Emerging out of the over-crowded American Film Market at Cannes, many thought the latest in the long line of shark and tornado thrillers, Sharknado, was a cheap joke that would never see the light of day. Little did we know that the film does indeed exist and we would be able to witness it in all of its glory sooner than we thought.

Ahead of a SyFy Channel debut this Thursday, the full trailer for the latest Asylum “horror” film has landed and it looks to deliver on its premise. Featuring sharks, tornadoes and a chainsaw thrown in for good measure, it may actually strike that silly fun chord that a great deal of theatrical studio offerings miss by a wide margin. Check out the trailer below for the film starring none other than Tara Reid. Enough said. Sharknado hits Blu-ray/DVD on September 3rd after a 9PM showing on SyFy Channel this Thursday.