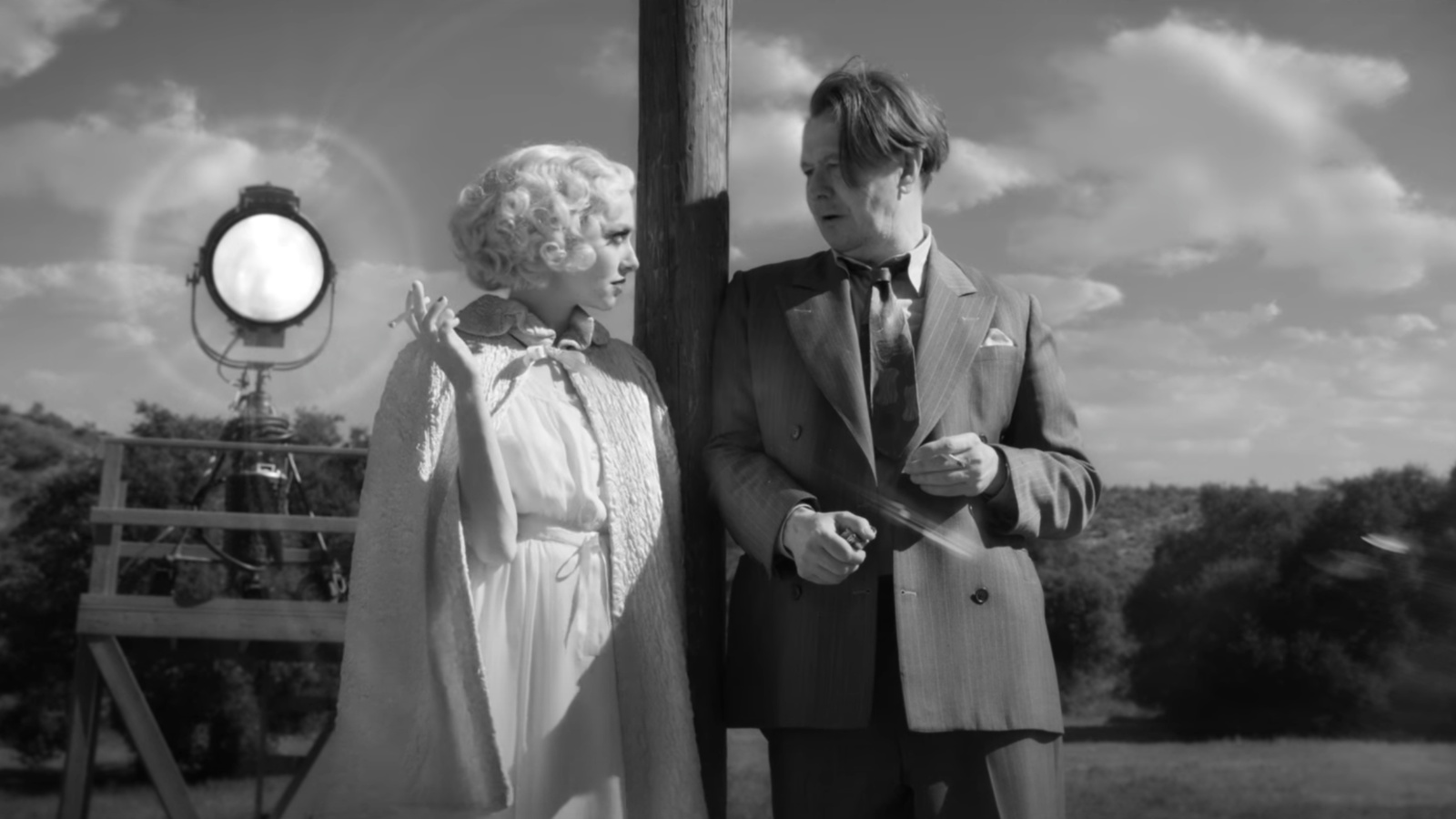 Update: Along with the trailer, an interactive site has launched featuring behind-the-scenes stills and a first listen of Trent Reznor & Atticus Ross’ score.

In just over a month we’ll be getting the first David Fincher’s film since Gone Girl and now a brand-new, full trailer has arrived, along with a fantastic poster. Mank is his black-and-white biopic of Citizen Kane scribe Herman J. Mankiewicz, scripted by the director’s late father, Jack Fincher, and led by Gary Oldman. Set for a December 4 release on Netflix, it’ll also get a theatrical run prior, but that date has yet to be unveiled.

See the full trailer and new poster below.

Mank will arrive on Netflix on December 4, preceded by a theatrical release beginning in November.