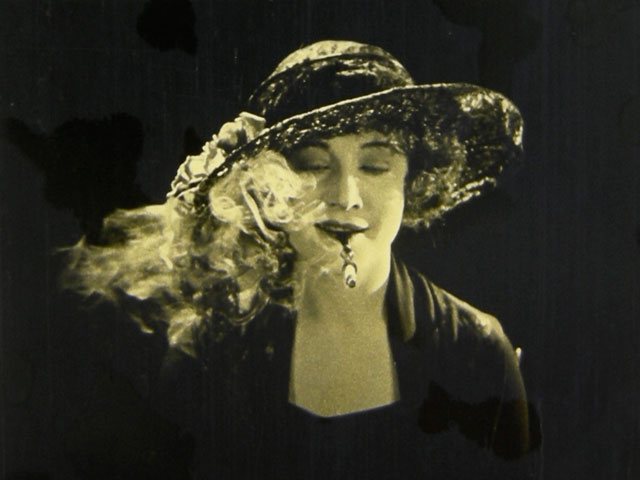 How do we view film history when moving along with it? History, as a scholarly discipline, can almost feel like quantum mechanics: systems and perceptions constantly shift while we view them, personal perspective calibrating in tune with our own present. Too often, however, it’s taken as something concrete. We look back at history. We use history to explain our current circumstances. We pick and choose what we want to see — nay, what we can only see, all while blinded by our present. Film history, largely rooted in a series of aesthetic movements scattered across time, is just as complicated, primarily reflecting certain dogmas or theories of what cinema must ultimately accomplish. (Spoiler: it never truly gets there.)

What we lose in creating history is the sense that events may flow in unexpected ways. History must naturally create dams and force certain trends into paths that might not fit. We must realize that we stand inside the current of history, rushing along with it, suddenly seeing what came before in ways that confound how we once perceived. David Bordwell, in On the History of Film Style, tells us, “Any historical narrative, grand or not so grand, is best conceived as an effort to answer some question.” History needs to tell us about now, but what happens when cease to tell history and, rather, start exploring? With that prologue in mind, I was more than honored to sit down with Lost & Found: American Treasures from the New Zealand Film Archive, a new and essential DVD of silent film treasures that has, once again, changed some of my own views of film history. If you still follow the model that silent film began with Edison and the Lumieres, moved to Méliès and Porter — all before Griffith establishes “film continuity,” thus setting all else in motion — then Lost & Found might be the perfect object to reorient your approach. Featuring eleven various works — from actualities to one-reel comedies to a documentary about hats to a full-length feature — Lost & Found is a reminder that our conceptions of cinematic history, especially in its early stages, might not fit our current perceptions of how radical the medium truly was.

While, for cinephiles, the most exciting works will undoubtedly be early efforts from John Ford and Alfred Hitchcock (more on that later), the most stunning, for me, was “The Chinese Fan,” the fifth part of a serial from the Edison Company called The Active Life of Dolly of the Dailies, directed by Walter Edwin. The larger narrative follows Dolly Desmond (Mary Fuller), a female reporter who defies male colleagues to save the day; in this installment, she sneaks her way into a gang in Chinatown, rescues an heiress, and gets the big scoop before the police. Most significant is Edwin telling his story entirely in tableaux: static, “stagey” long shots often regarded as a simple form of cinematic storytelling — especially when compared to the canonical shorts of Griffith, who had already produced efforts such as Musketeers of Pig Alley and A Girl and Her Trust years before.

But “The Chinese Fan” feels sophisticated in many ways: the piece may only use one shot, but it examines the full possibility of the frame while exploring new narrative information that leads viewers through a frame in surprising ways. I was so busy focusing on one side of the screen that when an action occurred on the other end, I was shocked at the intelligence of what, only a few decades ago, would have been considered “primitive.” Much like the “Master Shot” directors so popular in current world cinema (e.g. Nuri Bilge Ceylan, Edward Yang, and Cristian Mungiu), Edwin’s short emphasizes the flow of narrative information without ever cutting. Whether or not today’s view of cinematic aesthetics would exude such a curiosity from this shot remains up for debate, but it shows, if nothing else, that tableaux filmmaking made just as much progress toward sophisticated storytelling as continuity editing would.

Other works on the Lost & Found collection provide further insight into the reexamination of misconceptions. 1914’s Won in a Cupboard is not only a bizarre and hilarious short, but also the earliest-existing / -known work of director-star Mabel Normand. In working with a number of Keystone Cop regulars, Normand proves herself just as adapt and hilarious as silent giants Keaton and Chaplin, essentially doing a riff on the roles often played by Mary Pickford and Lillian Gish. The film’s bawdry comedy plays to low denominators (as does a two reel comedy called Andy’s Stump Speech from 1924), but Normand’s parallel edits reveal a rather-amusing parody of melodrama. Cupboard also features quite the unique sight: a split screen that dissolves into one shot to enact the “destiny” of young lovers meeting. Another short, 1928’s The Love Charm, provides insight into the role of Technicolor, here presented in strong greens and reds. While hardly the first work to use the two-strip process — as opposed to hand-painting; this is shown in an excerpt from a documentary called Virginia Types — The Love Charm, though perhaps a bit outdated in terms of racial relations, stuns with an ability to present the clarity and ravishing uniqueness of Technicolor in the silent era, its images of water as striking as anything in Gone with the Wind.

But, as mentioned before, the most popular works on Lost & Found will certainly be Upstream and The White Shadow, the former a not-so-early feature by John Ford — he had made over 50 by the time of this 1927 title — and the latter surviving reels of a film directed by Graham Cutts, but written and designed by Alfred Hitchcock. Like all great discoveries, these works both confirm certain auteurist traits while, too, allowing us to examine previously unknown artistic fingerprints. Upstream may begin as a strange work for Ford die-hards — it’s essentially a comedy centered on a community of out-of-work actors in a boarding house in New York — but Ford auteurism is always a tricky thing: while the man was mostly known for Westerns, over the course of 100+ features the filmmaker managed to traverse multiple genres. Ford’s penchant for a 19th-century style of lethargic comedy and tableaux-designed compositions are played out to their fullest, but there’s also a strong sense of editing here, connecting eye lines of characters in different rooms — an emotional continuity over a rational one — that almost reminds me of the impossible ties in How Green Was My Valley. This is to say nothing of the narrative itself, where a makeshift community comes together through its idiosyncrasies.

The White Shadow — first seen online, last year, thanks to fantastic work by the “For the Love of Film” blogathon — is a curious work for cinephiles interested in Hitchcock (i.e. everyone). Early studies of Hitchcock is a continually evolving field, and tough to structure given the lost work — not only Hitchcock’s efforts alongside Cutts, but also as a title designer before that. (Many foreign prints of those films exist, which thus lack his input.) But The White Shadow, made to be a somewhat frustrating entry when only half the film survives, is a uniquely somber story that recalls both Vertigo and Shadow of a Doubt in its Hitchcock-penned script. Its gothic sets are serenely unique, finding a balance between the beautiful and the maudlin, yet it is primarily a melodrama — and a family melodrama, at that, finding tragedy in the unexpected ways those we were once close to grow apart from us. Watching it, I slowly considered the way family units always break down in Hitchcock’s worlds, whether it’s Norman and his mother in Psycho or Manny’s crumbling patriarchy in The Wrong Man. A description at the end of The White Shadow‘s third reel explains the entire film’s second half — a total shame, given that what preceded was more than just a curiosity.

“More than just a curiosity” is how all cinephiles need to approach silent cinema, allowing us to dig deeper into things that stop confirming what we know and, instead, begin confounding our previous understanding. Although more than 75% of silent cinema remains lost — as it so happens, New Zealanders were the only ones to keep prints of material instead of melting them down for more nitrate — we are still excavating artifacts that both teach us so much about the medium’s past and provide new means to explore its future. Once we acknowledge that we live in the stream of history, what was seen as radical will become standard, what was seen as primitive becomes dynamic, and what appeared second-rate becomes canonical. History rebuilds itself, proving a living entity instead of one fixed.