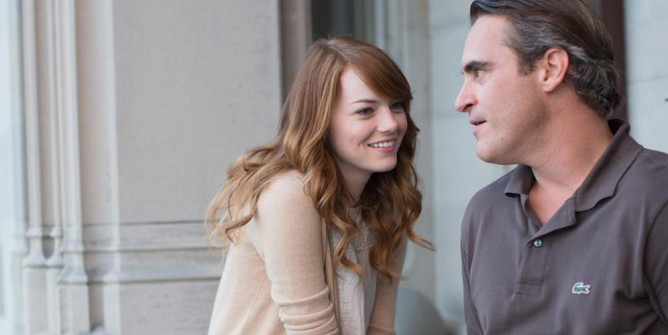 Another year, another Woody Allen film. This one, Irrational Man, stars Joaquin Phoenix and current Allen ingenue Emma Stone in a story that follows the former as a Rhode Island philosophy professor who is searching for new energy and purpose. While doing so, he gets involved with an unhappily married science professor (Parker Posey) and an eager student (Stone).

Setting a release this July, Sony Pictures Classics have now released the first promising trailer. Along with more stunning cinematography by Darius Khondji, it’ll be interesting to see if Stone and Phoenix have chemistry, and particularly how the latter actor fits into the world of Woody Allen. Check it out below ahead of its premiere at Cannes next month.