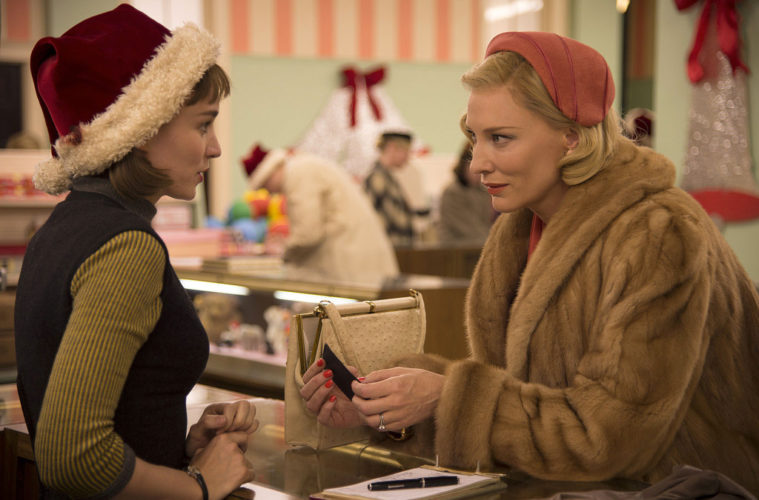 Films don’t get much more anticipated than the latest from Todd Haynes. An adaptation of Patricia Highsmith‘s novel, The Price of Salt, Carol follows a romance between two New York women in the 1950s, played by Rooney Mara and Cate Blanchett. With the former earning a Best Actress prize at Cannes (shared with Emmanuelle Bercot of Mon Roi), the film will now stop by the New York Film Festival and, as of today, will premiere in the U.K. on October 14th as part of the BFI London Film Festival, before hitting U.S. theaters on November 20th.

We said in our glowing review, “Over the course of their blossoming relationship, the balance doesn’t so much shift as grow more elaborate, and the nuances in their characters remain the film’s primary focus. In portraying a homosexual relationship in the 1950s, Haynes isn’t interested in overt commentary. The specificities of the era in this regard are incorporated but always as a means of fleshing-out the protagonists. For instance, Carol’s husband’s (Kyle Chandler) attempts at keeping full custody of their daughter in their divorce on the basis of a “morality clause” serves to foster Carol’s fortitude and advance her in the consolidation of her identity.”

We now have the first brief, excellent trailer, which can be seen below. For more on the film, including the soundtrack, a radio-play adaptation and much more, click here.