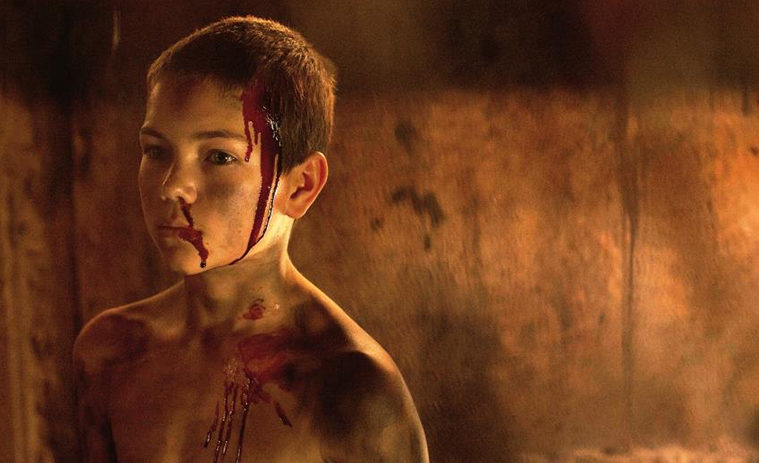 Timid moviegoers beware; a trailer for the Belgian horror feature Cub has been released. Premiering as part of the Toronto Film Festival’s Midnight Madness program, thrill seekers can now catch a glimpse of every child’s camping nightmares in movie form. As anticipated, the trailer shows a montage of creepy figures and dimly lit forests fittingly accompanied by shrieks and the (creepy) song of a boy scout (in another language, to make things slightly creepier).

Directed by Jonas Govaerts in his helming debut, the story follows a group of boy scouts in the woods and one claims to have encountered a creature. As usual with the Midnight Madness slate, it looks to be a great deal of fun. Check it out below via The Playlist for the film premiering on September 10th and starring Maurice Lujiten, Titus De Voogdt, Stef Aerts, Evelien Bosmans and Jan Hammenecker.

Troubled twelve-year-old Sam (Maurice Luijten) heads off on a summer camping trip with his Cub Scout troupe. When the highly imaginative boy claims to have seen a creature in the woods, his counsellors naturally assume that their campfire tales of a monster named Kai have gotten to him. But the danger Sam sees is all too real: watching from the darkness is a masked, feral child whose menacing snarl and quick movements go unnoticed by all except for Sam. As the mocking taunts of the other boys isolate Sam further from his pack, he becomes increasingly convinced that a terrible fate awaits them all.

In Cub, first-time feature director Jonas Govaerts draws on such influences as Lord of the Flies and The Devil’s Backbone to create a world filled with vivid childhood terrors. An atmosphere of danger and foreboding surrounds the young boys and their mostly clueless scout leaders, none of whom can see that they are the quarry in a sinister hunt — and as a series of ingenious booby traps start bloodily whittling down the troop’s numbers, it becomes clear that the boys are up against a foe far more formidable than even the perceptive Sam realizes.

Brilliantly evoking the sensation of cowering behind tent flaps while unseen dangers roam the dark woods outside, Cub marks Govaerts as a bold new voice in horror cinema: one who understands both the art of storytelling and the complex craft of inspiring real fear.