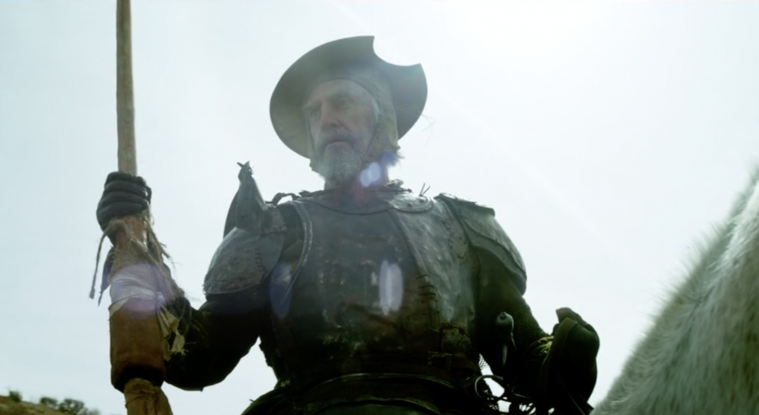 We’ll believe it’s officially real when we’re sitting in the theater taking it in, but the best proof yet that Terry Gilliam has actually finished his oft-cursed project The Man Who Killed Don Quixote has arrived. Indeed, we have the first trailer for the film which concerns Toby Grisoni (Adam Driver), a 21st-century man brought back to the time and place of Miguel de Cervantes’ text and the presence of Don Quixote (Jonathan Pryce), who mistakes him for Sancho Panza.

Despite some current legal trouble the film is involved with–a former producer on the project with whom Gilliam cut ties with and moved on, only to have him come back and say the film can’t premiere without his blessing–it seems as though the director and company are going to go ahead of a release soon. Rumored for a Cannes premiere, we’ll find out next week if that’s the case. In the meantime, see the first trailer below.

The Man Who Killed Don Quixote is coming soon, finally.