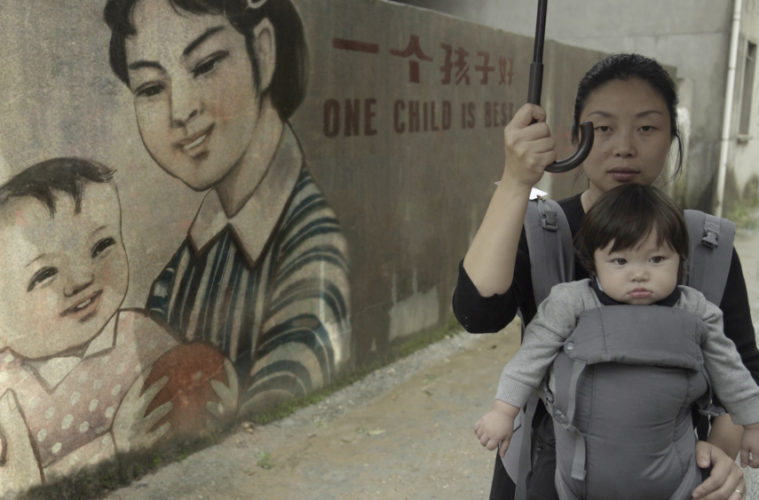 Winner of the U.S. Grand Jury Prize at this year’s Sundance Film Festival, Amazon has unveiled the harrowing trailer for their new documentary One Child Nation, set to be released on August 9. Directed by Nanfu Wang (Hooligan Sparrow and I Am Another You) and Jialing Zhang (Complicit), the film traces the untold history of the implementation of China’s one-child policy from its inception in 1979 to its dissolution in 2015 and the continual impacts of the policy to the present day.

Inspired by the birth of her first child, Wang chooses to focus on individual experiences and convey the dreadful prospect of having more than one child, having the child taken away by the government, the family coveting a boy, and abandoning the child if born a girl as a result. Promising to be essential viewing about how readily a government can encroach on individual liberty, the trailer previews a heart-tugging, intimate experience.

Nanfu Wang recently spoke about what she hopes audiences would take away from her film, speaking with Women and Hollywood: “ I hope people leaving the theater will become aware of and remember what happened in China during the one-child policy. I also hope people outside of China can think about their own situation and their own history.” She added, “Propaganda doesn’t only happen in China. It takes savviness to recognize what is propaganda around us, and more often than not, it’s more pervasive in our lives than we think it is.”

China’s One Child Policy, the extreme population control measure that made it illegal for couples to have more than one child, may have ended in 2015, but the process of dealing with the trauma of its brutal enforcement is only just beginning. From award-winning documentarian Nanfu Wang (HOOLIGAN SPARROW, I AM ANOTHER YOU) and Jialing Zhang, the sweeping ONE CHILD NATION explores the ripple effect of this devastating social experiment, uncovering one shocking human rights violation after another – from abandoned newborns, to forced sterilizations and abortions, and government abductions. Wang digs fearlessly into her own personal life, weaving her experience as a new mother and the firsthand accounts of her family members into archival propaganda material and testimony from victims and perpetrators alike, yielding a revelatory and essential record of this chilling, unprecedented moment in human civilization.

ONE CHILD NATION is a stunning, nuanced indictment of the mindset that prioritizes national agenda over human life, and serves as a first-of-its-kind oral history of this collective tragedy – bearing witness to the truth as China has already begun to erase the horrors of its “population war” from public record and memory. One Child Nation opens on August 9.