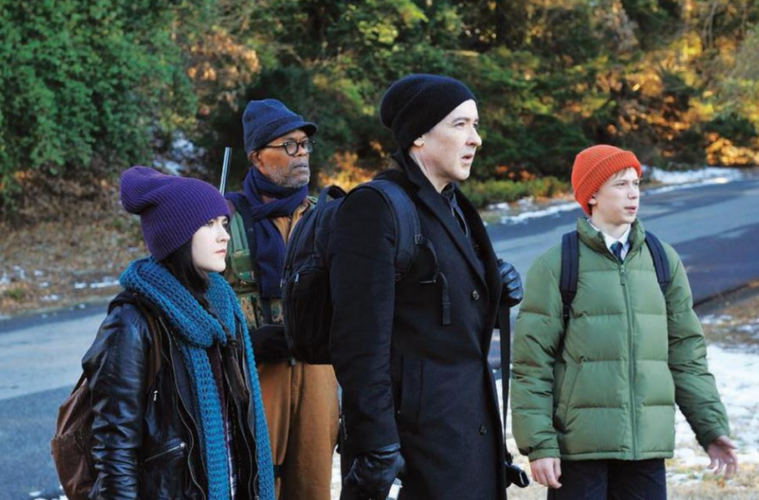 For the 1408 fans that have been waiting nearly a decade for Samuel L. Jackson and John Cusack to once again team for a Stephen King adaptation, your dream will come to fruition this summer. Last seen together (well, at least in the same movie) in Spike Lee‘s Chi-Raq, the duo got back together for Cell, which comes from King’s 2006 novel of the same name.

Directed by Paranormal Activity 2‘s Tod Williams, the first trailer has now landed ahead of a summer release. In it, we witness the story in which a cell phone signal has caused humans to turn crazy, and the select survivors remaining attempt to reverse the pulse. While it clearly doesn’t have as big as a budget of another currently shooting King adaptation, perhaps it will be a worthwhile VOD rental upon its day-and-date release.

Below, check out the trailer and poster for the film also starring Isabelle Fuhrman and Stacy Keach:

Stephen King’s best-selling novel is brought to terrifying life in this mind-blowing thriller starring John Cusack and Samuel L. Jackson. At the Boston airport, Clay (Cusack) witnesses a scene of chaotic mayhem when an electronic signal turns hundreds of cell phone users into rabid killers. Desperate to find his estranged wife and son, Clay teams with a train driver (Jackson) to battle the horde of murderous “phoners” as the city descends into apocalyptic madness.

Cell opens in theaters and on demand on July 8th.