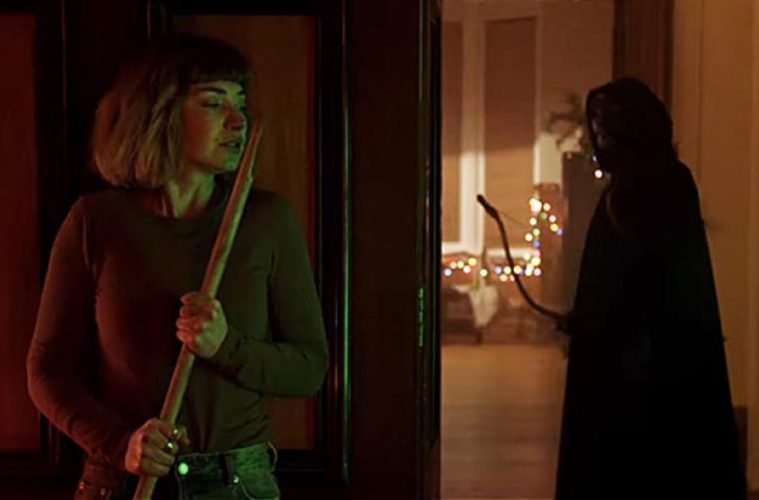 After successfully teaming up for the “New Year, New You” episode of Hulu’s Into the Dark, producer Jason Blum and director Sophia Takal are reteaming to remake the horror classic Black Christmas. A staple of independent cinema for a decade now, Takal’s film follows up on her well-regarded episode and previous directorial outing Always Shine.

An early entry into the ever growing sub-genre of Christmas horror, Bob Clark’s 1974 Black Christmas (originally titled Silent Night, Deadly Night) concerned a group of sorority sisters who are stalked by menacing phone calls and a killer during the Christmas season. Takal’s film will be the second remake, following Glen Morgan’s ill-received 2006 Black Christmas.

Black Christmas’ release comes on the heels of Jason Blum’s regrettable comments about the lack of female horror directors, and Takal’s film will be the first female-directed film theatrically released by Blumhouse. Judging from the trailer, Takal’s film looks to highlight the gender issues that were subtext within the original film, turning the traditional slasher concept into a darker conspiracy.

For those who haven’t seen the previous film, here’s Blumhouse’s official synopsis:

“Hawthorne College is quieting down for the holidays. But as Riley Stone (Poots) and her Mu Kappa Epsilon sisters… prepare to deck the halls with a series of seasonal parties, a black-masked stalker begins killing sorority women one by one. As the body count rises, Riley and her squad start to question whether they can trust any man. … Whoever the killer is, he’s about to discover that this generation’s young women aren’t about to be anybody’s victims.”

Just in time for the holiday season, Universal will release Black Christmas on Dec. 13.