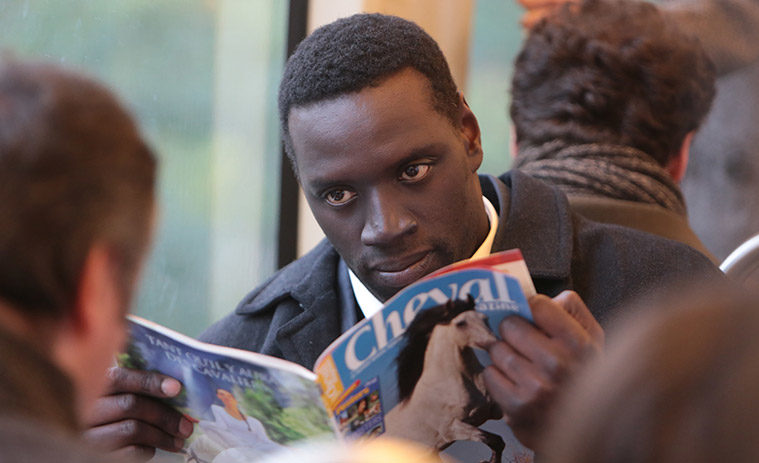 First Trailer For ‘Samba’ With Charlotte Gainsbourg and Omar Sy, From ‘The Intouchables’ Directors An amount a good number of Hollywood tentpoles would be content with, The Intouchables grossed over $425 million during its worldwide run a few years. Now the directing duo of Olivier Nakache and Eric Toledano have returned with another drama, reteaming with Omar Sy and recruiting Charlotte Gainsbourg, Tahar Rahim, and Izia Higelin.

Set to premiere at Toronto International Film Festival, the first trailer has now dropped for Samba which follows a recent migrant to France (Sy) who fights to stay in his adopted country with the help of a rookie immigration worker (Gainsbourg). While there’s no subtitles yet for the footage, hopefully it’s another success for the duo and one can see it below, along with a batch of character posters.

Update: See the English-subtitled version below and read our review here. Three years ago, Les Intouchables became one of France’s biggest breakout hits, charming audiences across Europe and then the world. Much of its charm flowed from its co-star, the exuberant Omar Sy. That performance soon led to a role in the X-Men franchise and the beginnings of a global career. If you’ve yet to discover the appeal of Omar Sy, just watch Samba.

Samba Cissé (Sy) is a migrant to France from Mali. Washing dishes in the back kitchen of a fancy hotel is hardly his European dream, but it gets worse when a bureaucratic slip-up lands him in detention. There he meets Alice (Charlotte Gainsbourg), an immigration worker new to the job and unused to the hard realities of life on France’s bottom rung. When Samba is released but slapped with an order to leave France, Alice begins to let her professional role bleed into her personal life.

Marking a shift from the broad integration comedy of Les Intouchables, directors Eric Toledano and Olivier Nakache craft a nuanced story here, inflecting the drama of Samba’s predicament with humour that emerges naturally from his growing friendship with Alice, and with a fellow migrant played by the always-engaging Tahar Rahim (A Prophet). There’s even a graceful turn to romance, as Samba and Alice find themselves drawn together by both their similarities and their notable differences

Best known recently as the resilient muse to art-house punisher Lars von Trier, Gainsbourg is given a chance to show a completely different side in a warmer, more open performance than usual. She and Rahim, also known for his edgy roles, seem touched by the spark of humane comedy at the heart of Sy’s charm. In Samba he finds a role to show the depth and range of his abilities, and heat to match the light of his grin.