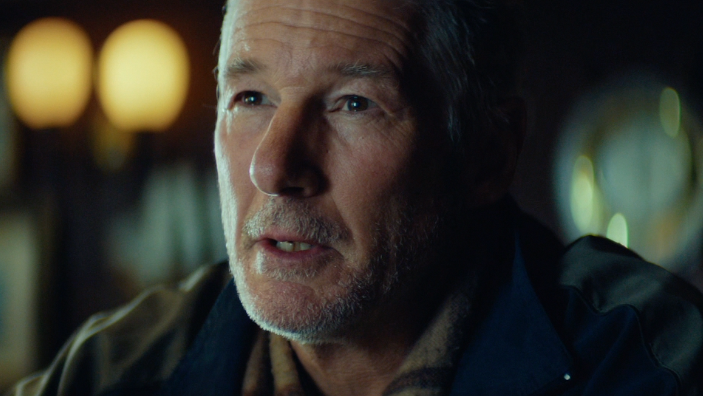 After delivering piercing dramas with The Messenger and Rampart, Oren Moverman‘s latest film finds him on the streets of New York City. Time Out of Mind features Richard Gere taking on the role George, who’s assimilating to his new life as a vagabond on the streets of the Big Apple, all while attempting to deal with his past and the people he has hurt.

We said in our review, “The film ultimately mirrors the experience of its central character. A story spent in destitute becomes appropriately tedious and repetitive, and thus the narrative threads that carry this film are scattered, only echoes of something grander. At the risk of shattering its delicate creation, Time Out of Mind maintains its detachment and adheres to the confines of George’s meandering life.”

Following a festival tour which included TIFF and NYFF, the first excellent trailer has now arrived today, which features Nick Cave‘s Far From Me. Ahead of a release in September from IFC Films, check it out below for the film also starring Ben Vereen, Jena Malone, Kyra Sedgwick, and Jeremy Strong.

TIME OUT OF MIND, from Academy Award-nominated writer/director Oren Moverman (The Messenger, Rampart), is a haunting look at life on the streets, immersing viewers in one man’s daily quest to survive. Richard Gere delivers a soul-baring performance as George, a man whose struggle to find food and a place to sleep in New York City is beautifully captured with remarkable realism and heartrending compassion. Shuffled into the unforgiving bureaucracy of a men’s shelter, George seems destined to wind up as just another lost soul swallowed up by the system—until he meets a gregarious, down-and-out ex-jazzman (played by Broadway legend Ben Vereen) who inspires George to reconnect with his estranged daughter (Jena Malone). Cinematically stunning and shot in an eloquently observational style, Time Out of Mind is an unforgettable plunge into a world that is all too easily overlooked.

Time Out of Mind opens on September 9th.