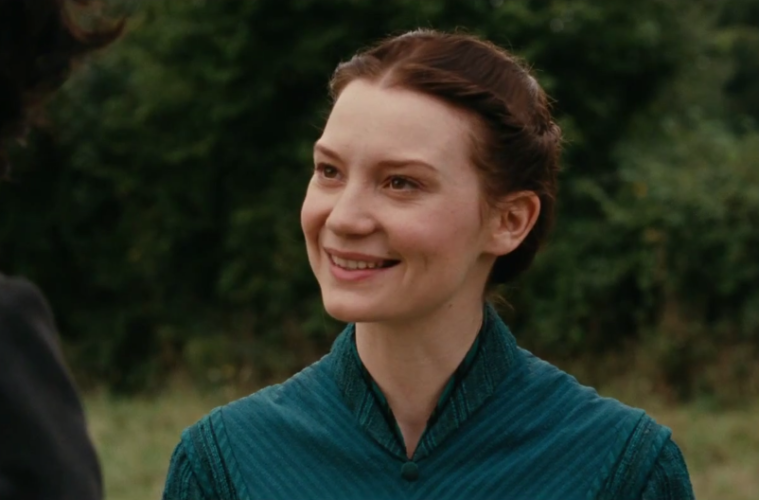 Having mastered the adaptation of a classic period piece with Jane Eyre, Mia Wasikowska will return this year with another. Directed by Sophie Barthes (Cold Souls), Madame Bovary adapts Gustave Flaubert’s landmark 1856 French novel, which follows a beautiful country girl that works her way up the to high society as she enters into a number of relationships.

Ahead of a release later this year, the first trailer has arrived which selling a compelling drama with a great cast. Premiering at Toronto International Film Festival, it didn’t quite seem to land on the radar, but hopefully it’ll gain attention with its impending release. Also starring Rhys Ifans, Paul Giamatti, Ezra Miller, Logan Marshall-Green, Henry Lloyd-Hughes, and Laura Carmichael, check out the trailer and poster below.

Set in Normandy, France, Madame Bovary is Gustave Flaubert’s classic story of Emma Bovary (Mia Wasikowska), a young beauty who impulsively marries small-town doctor, Charles Bovary (Henry Lloyd-Hughes), to leave her father’s pig farm far behind. But after being introduced to the glamorous world of high society, she soon becomes bored with her stodgy husband and mundane life, and seeks prestige and excitement outside the bonds of marriage. Madame Bovary will be released later this year.