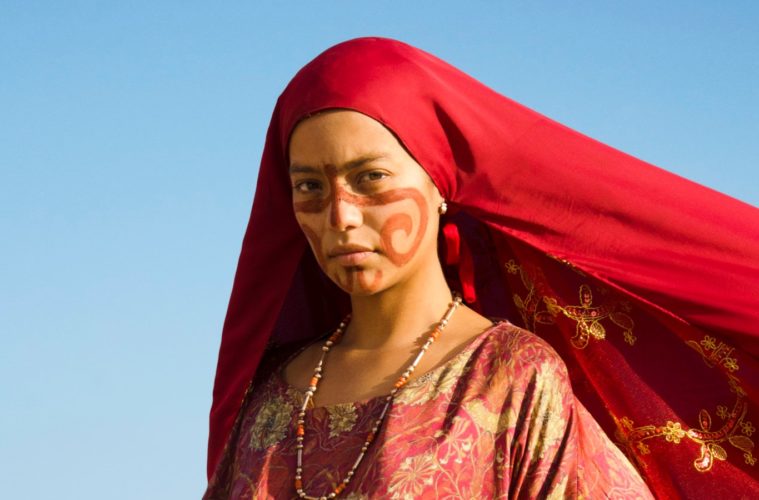 15 Films to See in February

With Sundance Film Festival 2019 in the rearview (all of our coverage here), it’s time to look at the promising films of February. An eclectic selection of major blockbusters, foreign highlights, and American indies, there’s something for everyone this month. See our picks below.

Developed as a James Cameron directing vehicle, he was a bit too consumed with his Avatar sequels to helm Alita: Battle Angel so he stepped down to be a producer and give over the reins to Robert Rodriguez. Despite the first trailers selling more of a generic visual effects-heavy drama, hopefully there is something stranger under the surface in this adaptation of Yukito Kishiro’s work, following a non-human awakening with virtually no memory.

One either loved or hated his debut The Eyes of My Mother, and now Nicolas Pesce is back with another divisive outing in the psychological thriller Piercing. Starring Mia Wasikowska and Christopher Abbott, Jared Mobarak said in his review,”Pesce lends an anachronistically obscure aesthetic to render the whole a more cartoonish laugh riot than even American Psycho‘s satirical bent could. Its theatricality allows a claustrophobic uncertainty to settle in until we question whether reality is involved at all.”

Memphis and Dark Night director Tim Sutton steps up his scope with Donnybrook, which tells the story of two men, played by Frank Grillo and Jamie Bell, who prepare to compete in an all-out bare-knuckle fight for the coveted prize of $100,000.  With a cast rounded out by Margaret Qualley and James Badge Dale, the film got strong notices out of its world premiere at the Toronto International Film Festival and will arrive this month.

A crowdpleaser down to its bones, Fighting with My Family shows the importance of bringing the right perspective to a true story. This tale of a British underdog with major wrestling dreams is thoroughly elevated by the participation of writer-director Stephen Merchant. His brand of dry, off-kilter comedy surges through what is an inspiring, but by-the-numbers tale of childhood aspirations come true.

After premiering at last year’s Sundance Film Festival, Jonas Åkerlund’s first film in some time will now arrive this month. Starring Rory Culkin, Emory Cohen, Sky Ferreira, Jack Kilmer, and Valter Skarsgård it follows the true story of a black metal band in Norway who went down an extremely violent path. A tricky balance of tones, reactions have mostly been strong, so we’re looking forward to finally checking it out.

The other major animation sequel of the month, following some spin-offs and films in different LEGO universes, we now return to the storyline that Chris Lord and Phil Miller launched back in 2014. They aren’t back in the director’s chair, rather it’s Mike Mitchell (Trolls, Deuce Bigalow: Male Gigolo). While we don’t expect to quite measure up to the inventiveness of the original, there’s likely still a great deal of fun to be had.

For his latest film, Mads Mikkelsen is in quite the chilly predicament. The stripped-down thriller Arctic finds his character trapped in the freezing locale after a plane crash with little hope in sight. The directorial debut of Joe Penna, known for his viral videos, premiered in the warmth of the Cannes Film Festival, but Bleecker Street has wisely set the film to debut in this frigid month.

“Laura Bispuri’s follow-up to her captivating transgender-themed debut Sworn Virgin is a wrenching, heartfelt drama with an unfussy social commentary that again seeks a new definition of womanhood,” Ed Frankl said in his review. “Daughter of Mine, led by a trio of female actors–Valeria Golino and Alba Rorwacher, and an equally headstrong first-timer, Sara Casu–contemplates the nature of motherhood in a variety of forms: adoption and the absence of a birth mother, the lack of father figures, and even the effect of an exclusively female family unit. Why is society obsessed with balance in nuclear families about gender–mother and father–rather than in more complex sensibilities?”

Asghar Farhadi returned last year with his eighth feature film, but this time he has ventured outside of his native country of Iran. Everybody Knows, which opened the Cannes Film Festival year, is a psychological thriller starring Penélope Cruz and Javier Bardem that was shot entirely in Spanish on the Iberian Peninsula. Following the kidnapping of their daughter, the film was met with a mixed response (including our own review), but I’m always curious to see what Farhadi has in store.

Christophe Honoré’s latest film is a tender gay romance that often takes unexpected avenues in its dialogue and structure. Now getting a limited release this month, Rory O’Connor said in his review, “Shot in gorgeous turquoise and cerulean blues by that fine cinematographer, it is often a remarkably beautiful film and, with that suggestion of real experience, an inevitably sad one.”

One of the more full-bodied Liam Neeson-led early year action offerings, Conor O’Donnell said in his review, “In the action-friendly-titled Cold Pursuit, the frigid sights and sounds of Norwegian director Hans Petter Moland’s In Order of Disappearance have been largely transposed to the ski town of Kehoe, Colorado, down to the silly gangster names. Hell, even a similar, brief physical gag with a yoga ball makes the cut. Moland, however, delightfully manages to wring even more sinister hilarity out of the situation in his Americanized retelling.”

Premiering this week at Sundance Film Festival, Dan Gilroy’s Nightcrawler reunion is now on Netflix. Dan Mecca said in his review, “Gilroy seems determined to poke fun at those that profit off of creativity while celebrating those who put their life into their work. One can certainly debate how seriously he’s taken the piece of art he’s made, but then why ruin the fun? There’s some kind of poetry to he’s made here: a trashy thriller set in the world of high art. Any lofty ambitions fall to the wayside in favor of a ludicrous (and ludicrously entertaining) performance from Gyllenhaal and some well-staged death scenes.”

After his last movie–the trippy, transportive Embrace of the Serpent–became the first Colombian film ever nominated for an Oscar, director Ciro Guerra is back this year with another Academy Awards contender: Birds of Passage, which he co-directed with Cristina Gallego. The drama follows an indigenous family who gets involved in the drug trade in 1970s Colombia as the marijuana business booms. Rory O’Connor said in his Cannes review, “Birds may follow the rise and fall narrative arc of basically every crime saga since Cagney and Edward G. Robinson began filling theaters in the early ‘30s, but by telling it from the indigenous perspective the filmmakers have made a movie not so much about myth-making and antiheros, but instead a fable about capitalism, lost heritage, and a death of the soul.”

The first of at least two Hong Sangsoo films to arrive this year, Leonardo Goi said in his review, “Hong’s acolytes have reasons to rejoice in the Korean’s latest feature: beautifully shot in crisp black and white by Kim Hyung-koo – reminiscent of his work in Hong’s The Day After (2017) and Grass (2018) – and packed with a few of the director’s recurrent casting choices (including muse Kim Min-hee and Kwon Hae-hyo) Hotel by the River is imbued with the self-irony that permeates much of Hong’s ever-growing filmography, only this time the mockery is mixed with a tragic aftertaste that adds to the drama an unsettling and refreshing aura.”

After his iPhone-shot psychological thriller Unsane, Steven Soderbergh is moving to the world of the NBA with the same technological experiment. Landing on Netflix this month. High Flying Bird follows André Holland as an NBA sports agent, backed by the varied, great cast of Zazie Beetz, Melvin Gregg, Sonja Sohn, Zachary Quinto, Glenn Fleshler, Jeryl Prescott, Justin Hurtt-Dunkley, Caleb McLaughlin, Bobbi Bordley, Kyle MacLachlan, and Bill Duke. Reactions to this one have been extremely strong, and we’ll all get to see it next week.