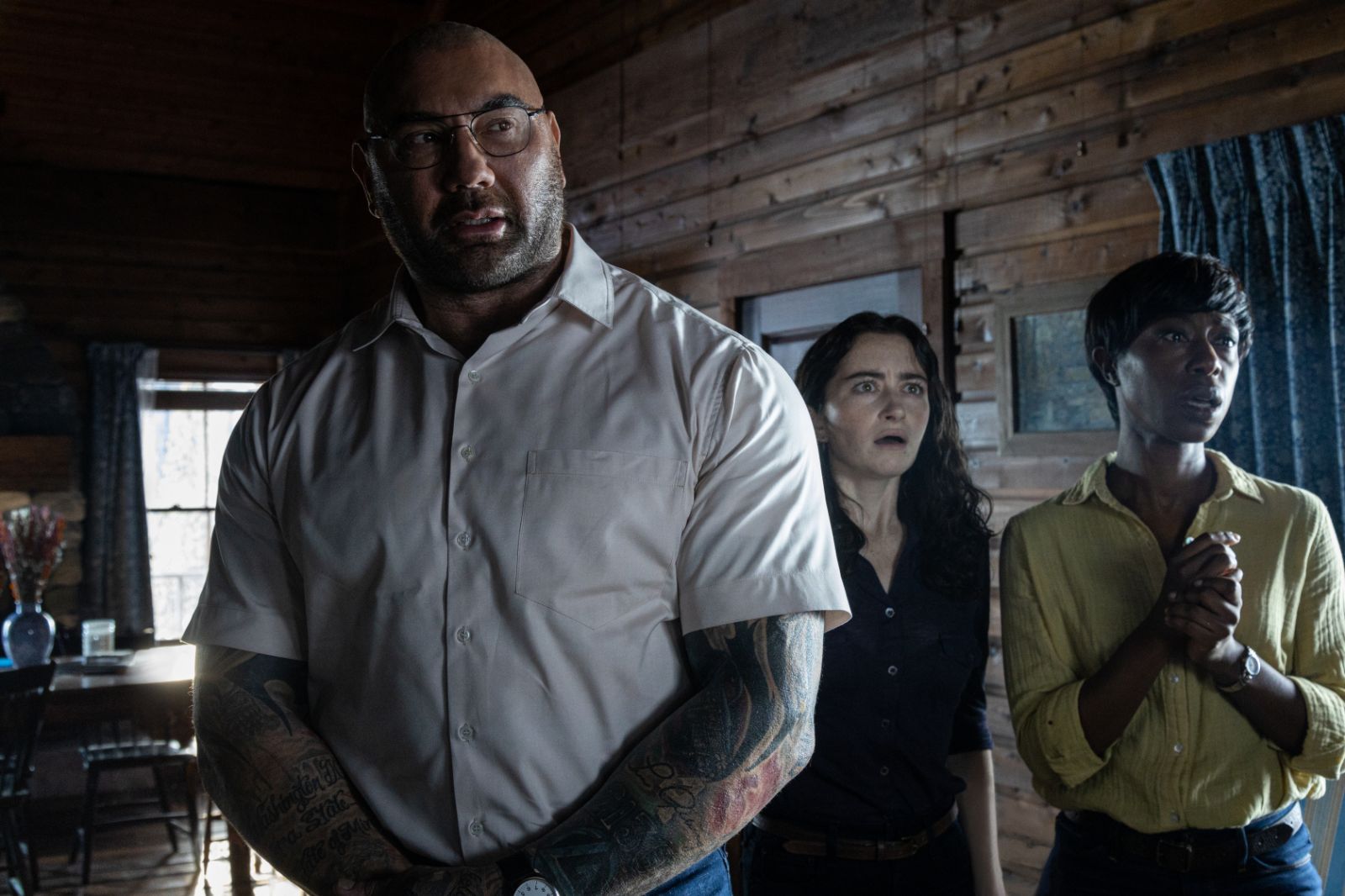 Following his delightfully entertaining genre outing with Old, M. Night Shyamalan is enjoying a bit of career resurgence as one of the few Hollywood directors who seems to still put some cart into craft and composition. His latest feature, Knock at the Cabin, will arrive on February 3 and now the first trailer has arrived earlier than expected.

Starring Dave Bautista, Jonathan Groff, Ben Aldridge, Nikki Amuka-Bird, Kristen Cui, Abby Quinn, and Rupert Grint, the film finds a family who is vacationing at a remote cabin. They are taken hostage by four armed strangers who demand that the family make an unthinkable choice to avert the apocalypse. With limited access to the outside world, the family must decide what they believe before all is lost.

Knock at the Cabin opens on February 3.