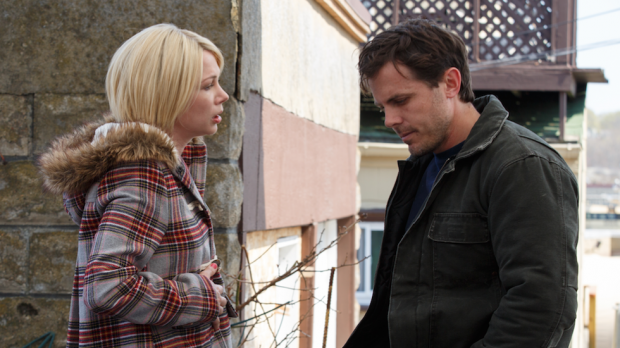 There may have been no title at this year’s Sundance Film Festival that earned quite as much love as Kenneth Lonergan‘s Manchester By the Sea, his follow-up to the bewilderingly good You Can Count on Me and Margaret — and, no less, only his third film since 2000. Fortunately, there won’t be (as has been the case with this writer-director) a several-years-long wait between production and release: Amazon Studios/Roadside Attractions are releasing Manchester in less than three months’ time. Lo and behold, grief and acrimony have thus been condensed into the form of a trailer.

Manchester sounds as if it’s worth the wait we’ve endured and the filmography into which it’s been placed, though the thing might not be an easy sit. As we said in our review, Lonergan’s picture is “a collection of moments both micro and macro, essential and seemingly superfluous, yet all building to a complete picture of a man trapped by circumstance and remorse. There are no clichés here, and Lonergan flawlessly carves out the most sincere moments to reveal a sprawling, deeply affecting odyssey of emotional recovery.”

As a fair warning, the trailer does show a key scene later in the film, but doesn’t spoil a major development. If you’re at all looking forward to it, we’d recommend steering clear.

After the death of his older brother Joe (Kyle Chandler), Lee Chandler (Casey Affleck) is shocked to learn that Joe has made him sole guardian of his nephew Patrick (Lucas Hedges). Taking leave of his job, Lee reluctantly returns to Manchester-by-the-Sea to care for Patrick, a spirited 15-year-old, and is forced to deal with a past that separated him from his wife Randi (Michelle Williams) and the community where he was born and raised. Bonded by the man who held their family together, Lee and Patrick struggle to adjust to a world without him.

In his first film since 2011’s acclaimed Margaret, Lonergan once again proves himself a powerful and visionary storyteller as he seamlessly weaves past and present together, crafting a tension-filled tale that deftly eschews sentimentality in favor of penetrating emotional insight and deeply affecting human relationships.

After screening at TIFF and NYFF, Manchester By the Sea will begin its U.S. release on November 18.