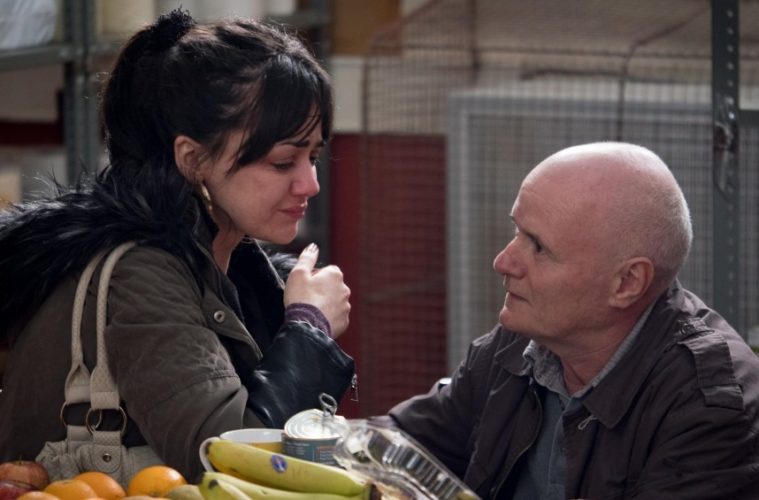 It was just yesterday that we shared the trailer for a new documentary on the life and career of Ken Loach, who has spent the last half-a-century crafting iconic films with a push for social issues. This year he became only the 9th director to earn a second Palme d’Or, this time for I, Daniel Blake, which looks at the health system in Britain through the eyes of the underserved. The first trailer has now arrived for the film set to be released in the U.K. this fall, and hopefully a U.S. release to soon follow.

We said in our review, “I, Daniel Blake is his most urgent and perhaps finest film in years. It follows a man of a certain age as he attempts to scale a mountain of welfare bureaucracy in order to be granted the necessary benefits to get by. It’s often warm and quite funny, but is, at heart, a damning critique of the Tory government in Britain and their belt-tightening austerity measures, as well as a rallying cry for those who fall through the cracks.”

Daniel Blake (59) has worked as a joiner most of his life in Newcastle. Now, for the first time ever, he needs help from the State. He crosses paths with single mother Katie and her two young children, Daisy and Dylan. Katie’s only chance to escape a one-roomed homeless hostel in London has been to accept a flat in a city she doesn’t know, some 300 miles away.

Daniel and Katie find themselves in no-man’s land, caught on the barbed wire of welfare bureaucracy as played out against the rhetoric of ‘striver and skiver’ in modern-day Britain.

I, Daniel Blake hits U.K. theaters on October 21st and will be released by Sundance Selects in the United States.