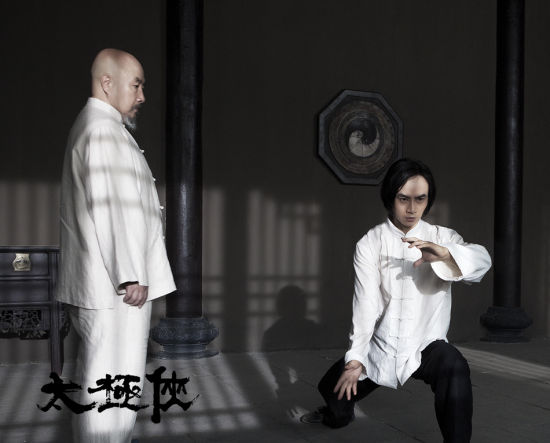 When I think of tai chi, I am reminded of peaceful afternoons spent in a park focusing on breathing, muscle control and the beautiful surroundings, but as you can see in the new trailer for Keanu Reeves‘ directorial debut, his version includes a hell of a lot more ass-kicking. Coming from a script penned by first-timer Michael G. Cooney, Man of Tai Chi was entirely shot in China with Matrix Reloaded/Revolutions stuntman and actor Tiger Hu Chen (Kung Fu Hero), Karen Mok (Shaolin Soccer, The Law of Attraction), Iko Uwais (The Raid, The Raid 2), alongside the film’s helmer.

With fight choreography by living legend Yuen Woo-Ping, the film is set in modern Beijing and follows the spiritual journey of a young martial artist played by Chen, whose skills present him with both exciting opportunities and painful choices. Rumored to have more than 40 minutes of martial arts fighting scenes, the Chinese marketing campaign is quickly ramping up as it prepares for its release there this summer.

While no release date has been set for the U.S. market, one can check out the trailer (and images and poster) below. We can also expect to see more of Reeves soon, as his 47 Ronin finally lands later this year, and his long-gestating sci-fi film Passengers recently got a helmer in Game of Thrones director Brian Kirk. [Bleeding Cool] What do you think of the first footage from Reeves’ directorial debut?