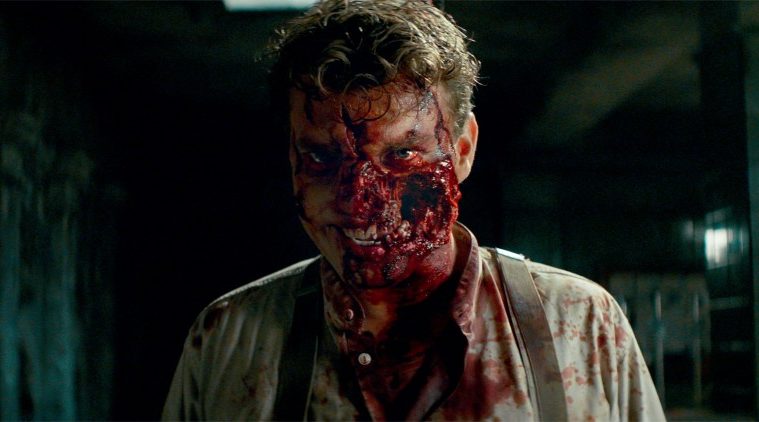 First Trailer for J.J. Abrams-Produced Supernatural WWII Thriller ‘Overlord,’ Which is Not a ‘Cloverfield’ Movie

Most films are not Cloverfield movies, but when it comes to Paramount and Bad Robot productions from J.J. Abrams, the speculation runs rampant. That was certainly the case with Overlord, a new World War II supernatural thriller that had a quiet production and virtually nothing else revealed until the trailer, which has now arrived today ahead of a November release.

Back at CinemaCon, Abrams emphatically confirmed it was not a Cloverfield film, but rather a standalone feature from Julius Avery (Son of a Gun). Scripted by Billy Ray (Captain Phillips, Breach) and Mark L. Smith (The Revenant), the cast includes Jovan Adepo, Wyatt Russell, Pilou Asbæk, John Magaro, and Mathilde Ollivier. The first trailer sells a fun-looking, schlocky Medal of Honor-meets-Wolfenstein (or Saving Private Ryan-meets-The Thing, if we’re talking films) hybrid of WWII thrills and supernatural horror.