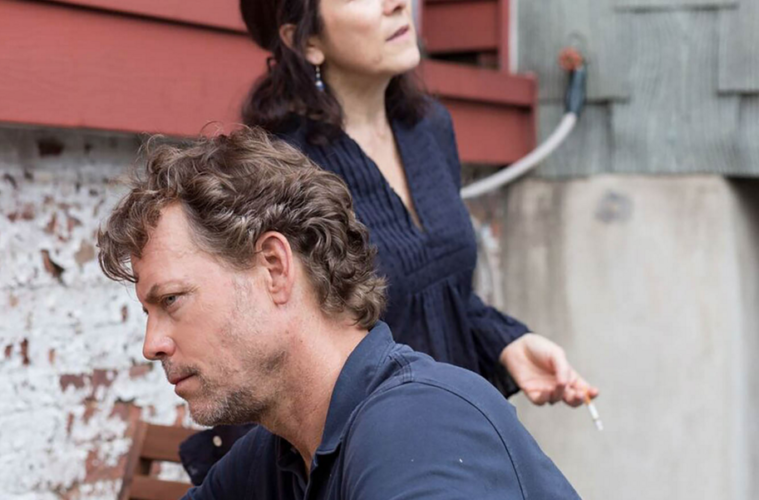 After delivering one of the finest dramas of its respective year with Love is Strange, writer-director Ira Sachs is back with Little Men. Premiering to much acclaim at the Sundance Film Festival earlier this year, it centers on the relationship of two boys and how it becomes complicated when their parents get into a business disagreement. Ahead of a release this August, Magnolia Pictures has now unveiled the first trailer and poster.

We said in our review “Little Men could have been so much more if its perspective leaned towards the opposite direction. Why a story dealing heavily with gentrification and unfair leasing practice devotes more time to the gentrifiers than the displaced is a mystery to me. It might be more “challenging” in terms of audience sympathy, but it’s not as though the movie does all that much to make them sympathetic. Greg Kinnear’s Brian may be kicking up the lease on the shop below his family’s new Brooklyn apartment, but, hey, he’s a struggling actor and is dealing with a crisis of masculinity over how his wife makes more money than him. So clearly it’s worthwhile to spend more time with him than with Leonor (Paulina Garcia), the longtime proprietor of the shop he’s about to evict, right?”

When 13-year-old Jake’s grandfather dies, his family moves from Manhattan back into his father’s old Brooklyn home. Jake befriends the charismatic Tony, whose single mother Leonor, a dressmaker from Chile, runs the shop downstairs. Soon, Jake’s parents Brian and Kathy ask Leonor to sign a new, steeper lease on her store. For Leonor, the proposed new rent is untenable, and a feud ignites between the adults. Children can’t avoid the problems of their parents forever, and soon enough, the adult conflict intrudes upon the borders of their friendship.