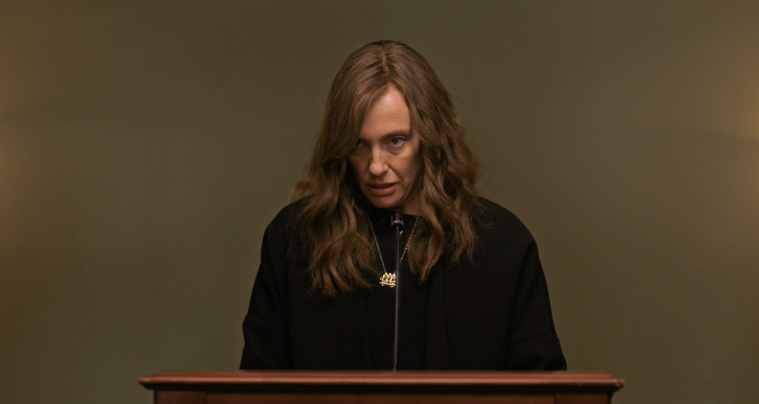 The recent surge of a particular brand of arthouse horror, favoring tension- and character-building over blood-fueled gonzo insanity, has found at a home in A24 with the likes of The Witch, It Comes at Night, and even Yorgos Lanthimos’ recent features. Their latest in the genre comes with Hereditary, the directorial debut from writer-director Ari Aster, which–as the title suggests–is less haunted house horror and more about the terror tied with psychologically-taut familial relations.

Following a Sundance debut, where it was received with huge acclaim and ahead of a June release, A24 has now released the first trailer. I said in my review, “Not unlike Robert Eggers’ Sundance sensation, Aster displays proficient skill in eerie tone-setting, elaborate production design, and the type of scares that will leave a pervasive imprint on the mind, even if the underlying mythology gets over-complicated by the finale.”

See the trailer and poster below for the film starring (an incredible) Toni Collette, Alex Wolff, Milly Shapiro, Ann Dowd, and Gabriel Byrne.

When Ellen, the matriarch of the Graham family, passes away, her daughter’s family begins to unravel cryptic and increasingly terrifying secrets about their ancestry. The more they discover, the more they find themselves trying to outrun the sinister fate they seem to have inherited. Making his feature debut, writer-director Ari Aster unleashes a nightmare vision of a domestic breakdown that exhibits the craft and precision of a nascent auteur, transforming a familial tragedy into something ominous and deeply disquieting, and pushing the horror movie into chilling new terrain with its shattering portrait of heritage gone to hell.