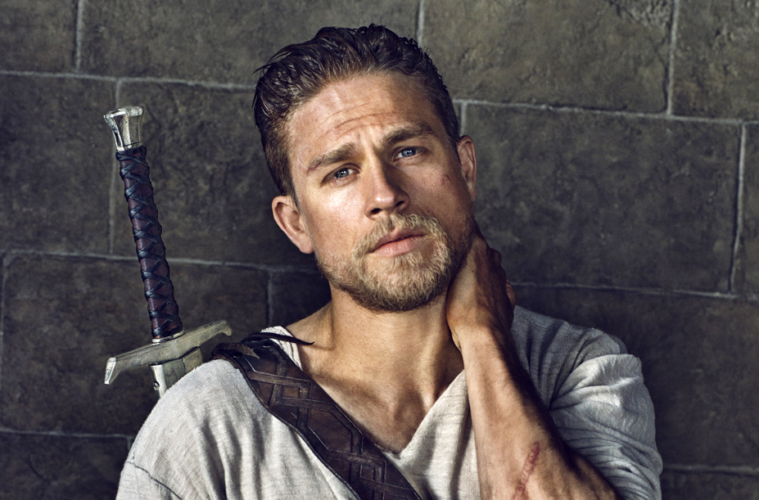 Though once set for a release this weekend, King Arthur: Legend of the Sword was delayed to next spring, and now we’re getting our first look at Guy Ritchie‘s action epic. Premiering at Comic-Con and now arriving, we have a first trailer for the film that follows Charlie Hunnam, in the title role, from the streets to a kingdom.

“He’s a little bit rough around the edges, but he’s basically a survivor. He’s a hustler,” Hunnam tells EW about his character. “He’s a street kid. There’s definitely a harder edge to him than people would imagine. It’s sort of classic Guy Ritchie stuff.”

Legend of the Sword also stars Astrid Bergès-Frisbey, Djimon Hounsou, Aidan Gillen, Jude Law, and Eric Bana, and you can see its trailer below:

Acclaimed filmmaker Guy Ritchie brings his dynamic style to the epic fantasy action adventure “King Arthur: Legend of the Sword.” Starring Charlie Hunnam in the title role, the film is an iconoclastic take on the classic Excalibur myth, tracing Arthur’s journey from the streets to the throne.

When the child Arthur’s father is murdered, Vortigern (Jude Law), Arthur’s uncle, seizes the crown. Robbed of his birthright and with no idea who he truly is, Arthur comes up the hard way in the back alleys of the city. But once he pulls the sword from the stone, his life is turned upside down and he is forced to acknowledge his true legacy…whether he likes it or not.