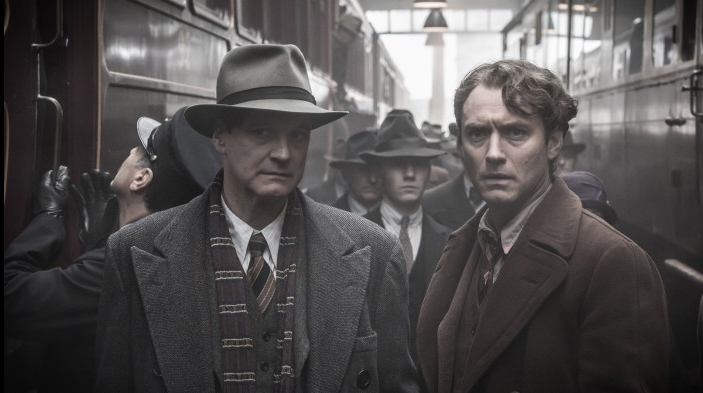 Premiering at Berlin International Film Festival earlier this year was Genius, a drama which focused on the working relationship between author Thomas Wolfe (Jude Law) and his editor, Max Perkins (Colin Firth). The screen debut of theater director Michael Grandage, John Logan‘s screenplay is adapted from A. Scott Berg‘s book Max Perkins: Editor of Genius, which also features such literary figures as Fitzgerald and Hemingway. Ahead of a summer release from Roadside Attractions, the first trailer has now arrived.

We said in our review, “Ultimately, Genius is more satisfying than many recent traditional biopics, and, oddly, by embracing caricature-like portrayals, the film is able to tap into its simple but humble pleasures. There’s no lengthy debate as to what defines genius nor conversation as to what that even means; there doesn’t have to be. Genius puts those words right up on screen and the case is made.” Also starring Nicole Kidman, Laura Linney, Guy Pearce and Dominic West, check out the trailer below.