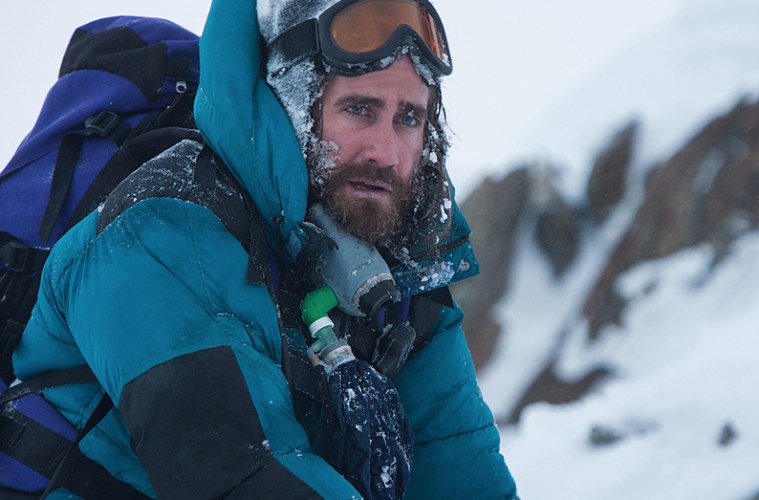 After having some fun with Hollywood actioners such as 2 Guns and Contraband, director Baltasar Kormákur will take on some real-life danger with his next feature, Everest. Featuring the impressive ensemble of  Jake Gyllenhaal, Jason Clarke, Josh Brolin, John Hawkes, Robin Wright, Michael Kelly, Sam Worthington, Keira Knightley, and Emily Watson, the first trailer has now arrived today.

“We had to carry our equipment on donkeys. It was in January. Not only are you sick because you’re acclimatizing, and it’s really hard, because you’re not used to that thin air, [but there’s] also the cold,” Kormákur tells People, referring to the 35 below temperatures shooting on location in Nepal near the real Everest and the Italian Alps. Scripted by William Nicholson (Gladiator) and Simon Beaufoy (Slumdog Millionaire), this should be quite an adventure, and one can check out the trailer, new images, and poster below. Inspired by the incredible events surrounding an attempt to reach the summit of the world’s highest mountain, EVEREST documents the awe-inspiring journey of two different expeditions challenged beyond their limits by one of the fiercest snowstorms ever encountered by mankind. Their mettle tested by the harshest elements found on the planet, the climbers will face nearly impossible obstacles as a lifelong obsession becomes a breathtaking struggle for survival.