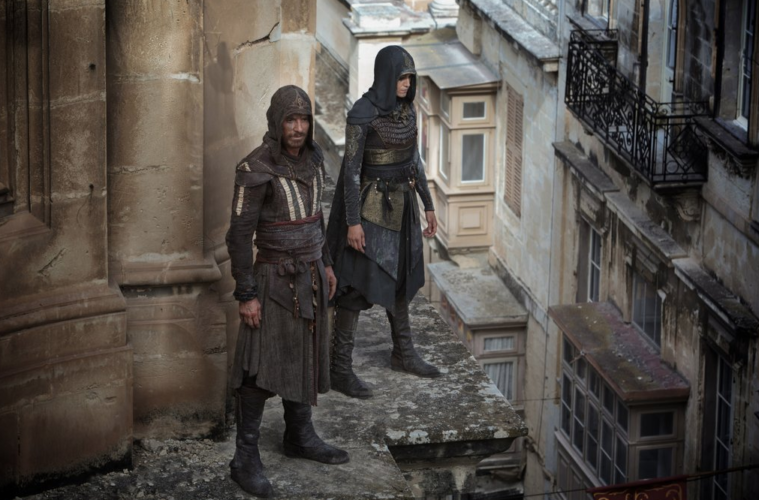 Considering their track record in Hollywood, it’s safe to not build up much anticipation for the next videogame adaptation. However, this year will bring one that seems to have perhaps the most promising elements yet. Reteaming after the jaw-droppingly beautiful Macbeth, director Justin Kurzel and stars Michael Fassbender and Marion Cotillard have Assassin’s Creed. Ahead of a December release, the first trailer has arrived, backed by Kanye West‘s “I Am a God,” and featuring many recognizable scenarios from the videogame.

“I spent most of my time with the story and the real history. That was my main focus – not so much forensically going through every aspect of the game. It was: How do you make this into a piece of cinema?,” Kurzel tells LA Times. As for sequels, if the first film does well, he adds, “The possibilities are kind of endless. When we’ve been discussing where you could take it, you’re not sitting around twiddling your thumbs.”

Check out the the trailer and poster below for the film also starring Michael K. Williams, Jeremy Irons, Brendan Gleeson, and Ariane Labed, along with an analyzation of Kurzel’s last feature.

Callum Lynch discovers he is a descendant of the secret Assassins society through unlocked genetic memories that allow him to relive the adventures of his ancestor, Aguilar, in 15th century Spain. After gaining incredible knowledge and skills he’s poised to take on the oppressive Knights Templar in the present day.