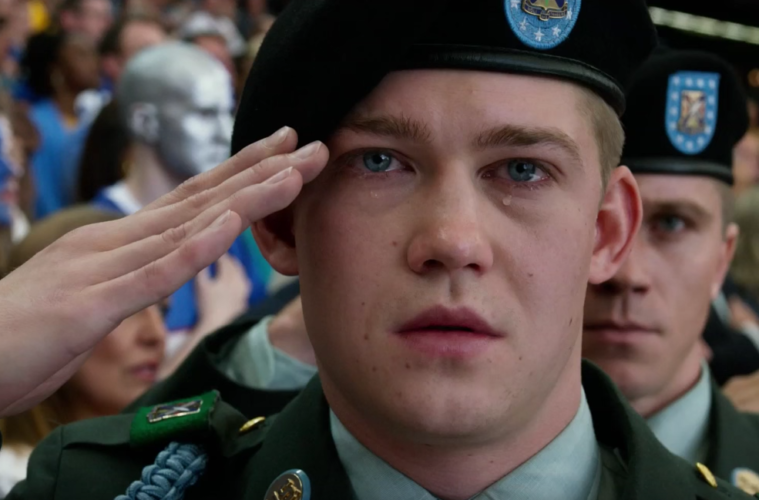 We recently praised his last feature, Life of Pi, as one of the greatest films based on supposedly “unfilmable” novels and for his next film, Ang Lee is once again pushing technology forward with another adaptation. This fall we’ll see his take on Ben Fountain‘s Iraq War novel Billy Lynn’s Long Halftime Walk, with a script by Simon Beaufoy (Slumdog Millionaire). The drama follows a teenage soldier who survives a battle in Iraq and then is brought home for a victory lap before returning, and the first trailer has landed today.

While one can’t see it on their computer screens, Lee has shot the film at 120 frames per second in 4K and native 3D, giving it unprecedented clarity for a feature film. “Billy Lynn is a story of love, courage and devotion,” the director tells USA Today. “It’s the story of a young man learning his place in the world, and of the special brotherhood among men at arms, the depths of their bonds, and the sacrifices they make.”

Three-time Academy Award® winner Ang Lee brings his extraordinary vision to Billy Lynn’s Long Halftime Walk, based on the widely-acclaimed, bestselling novel. The film is told from the point of view of 19-year-old private Billy Lynn (newcomer Joe Alwyn) who, along with his fellow soldiers in Bravo Squad, becomes a hero after a harrowing Iraq battle and is brought home temporarily for a victory tour. Through flashbacks, culminating at the spectacular halftime show of the Thanksgiving Day football game, the film reveals what really happened to the squad – contrasting the realities of the war with America’s perceptions. The film also stars Kristen Stewart, Chris Tucker, Garrett Hedlund, with Vin Diesel, and Steve Martin. Lee used new technology, shooting at an ultra-high frame rate for the first time in film history, to create an immersive digital experience helping him dramatize war in a way never seen before.