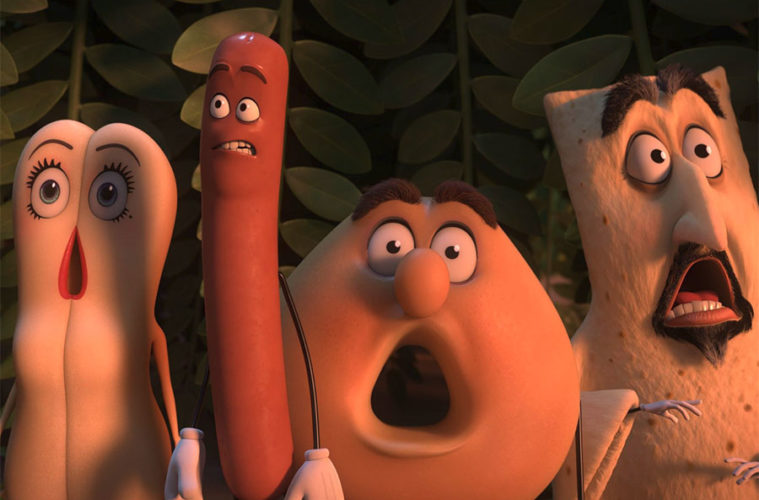 Already stopping by SXSW with their TV show Preacher, Seth Rogen and Evan Goldberg premiered another one of their projects at the festival. Backed by Sony and Megan Ellison‘s Annapurna Pictures, the R-rated feature-length animation Sausage Party got a work-in-progress screening last evening, and the response was quite enthusiastic. In ideal timing, they’ve now released the first red band trailer.

Following a sausage and its quest to discover the truth about his existence, he joins his new friends to embark on a perilous journey through the supermarket to get back to their aisles before the 4th of July sale. Directed by Conrad Vernon and Greg Tiernan, Goldberg previously described it as an “existential mock-Pixar movie.” He adds, “we are very, very proud of it. Its our opus. Its like Mr. Holland’s Opus! It’s our take on a Pixar movie. It is very, very R rated.”

Sausage Party screened at SXSW and opens on August 12th, 2016.