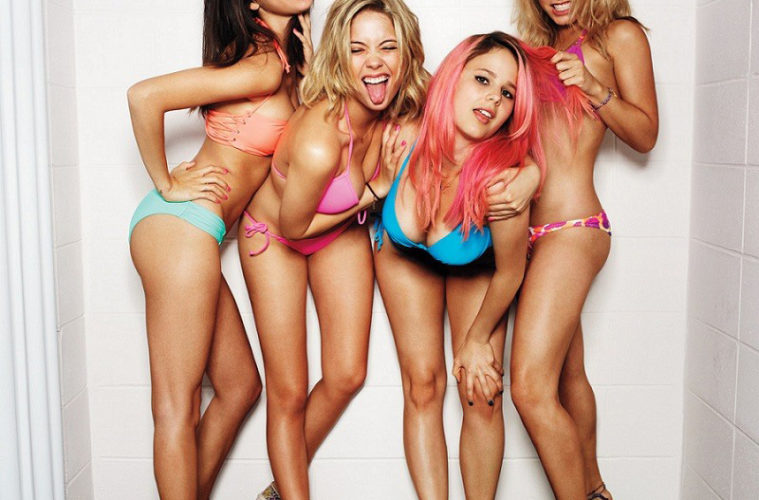 I have literally no idea what Harmony Korine is up to for his latest feature. Under anyone else’s direction it looks like a Girls Gone Wild knock-off, but with him there is bound to be something bizarre under the surface. Spring Breakers brings together James Franco as a cornrow-wearing, gun-toting hip-hop drug dealer along with every tween’s pop star idols, including Vanessa Hudgens, Selena Gomez, Ashley Benson, and Heather Morris.

The first poster has arrived, which a reader has sent over to us from the Cannes marketplace. And with it our first two stills, which look more like promo shots have come in from Kinopoisk for the film featuring “four college-aged girls who rob a fast food restaurant to afford spring break in Florida, only to get arrested upon their arrival.” Take a glimpse at the trashiness above and below.

Update: Even more provocative images have come in from the film and can be seen below.