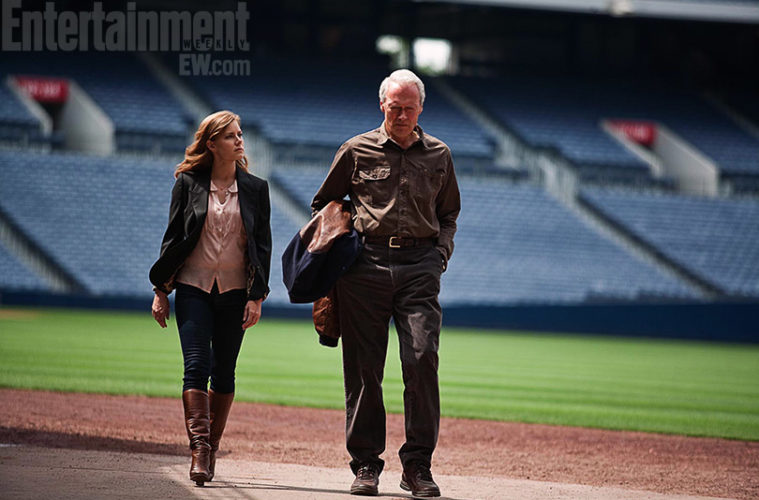 Despite directing seven films in the last six years, 2012 marks the rare year where Clint Eastwood will not be behind the camera. But the Hollywood icon hasn’t disappeared, rather for the first time since 2008’s Gran Torino, the Man with No Name is returning to the screen. Helmed by Eastwood’s frequent assistant director and producer, Robert Lorenz, Trouble with the Curve is a baseball drama starring the Dirty Harry star, along with Amy Adams, Justin Timberlake, John Goodman, Matthew Lillard, Robert Patrick and Matt Bush.

We’ve got the first look of three of the stars from the film today thanks to Entertainment Weekly. In the film, Eastwood plays an Atlanta Braves scout Gus, who gets some help from his daughter Mickey (Adams) as they go out on a road trip to do their job. On the way they meet Timberlake, playing a “rival young scout” who kicks off a relationship with Gus. With the film noticeably absent from the fall festival line-up, despite arriving in theaters in two month, I’m curious when we’ll start seeing more, but hopefully these photos mean a trailer is on the way. Check them out above and below featuring Eastwood, Adams and Timberlake. Trouble with the Curve arrives on September 28th.