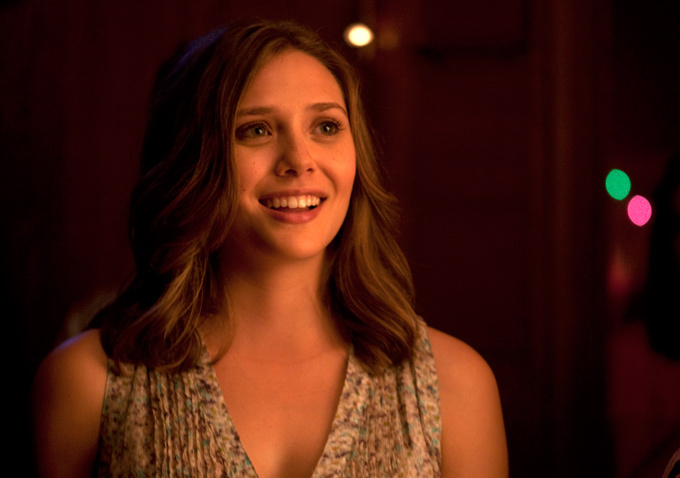 With the premiere line-up announced for Sundance Film Festival 2012 yesterday, we get news that a batch of much-anticipated indies will be making their debut. With the announcement, we also have first look images at a number of high-profile features. First up is the next film from Josh Radnor, whose Happythankyoumoreplease grabbed the audience award at Sundance back in 2010. Liberal Arts stars Elizabeth Olsen, who lit up last year’s fest with Martha Marcy May Marlene and Silent House. She stars alongside Radnor, Richard Jenkins, Allison Janney, John Magaro, and Elizabeth Reaser. Check out a still above and one below.

When 30-something Jesse is invited back to his alma mater, he falls for a 19-year-old college student and is faced with the powerful attraction that springs up between them. We also have the first stills from the next film from The Queen, Tamara Drewe and High Fidelity director Stephen Frears. Lay the Favorite stars Bruce Willis, Catherine Zeta-Jones, Rebecca Hall, Vince Vaughn, Laura Prepon, Joshua Jackson, Frank Grillo, John Carroll Lynch, Corbin Bernsen and Joel Murray. The film follows an “adventurous young woman who gets involved with a group of geeky older men who have found a way to work the sportsbook system in Las Vegas to their advantage.” Check them out below. Lastly, we have the first images from GOATS, the directorial debut from Christopher Neil. Vera Farmiga, who brought us her directorial debut Higher Ground to the festival this year, leads the excellent cast includes David Duchovny, Graham Phillips, Justin Kirk and Ty Burrell. Check out the images below. Ellis leaves his unconventional desert home to attend the disciplined and structured Gates Academy. There, he re-connects with his estranged father and for the first time questions the family dynamics.