First Look at Sion Sono’s Prisoners of the Ghostland, Which Nicolas Cage Says is His Wildest Movie 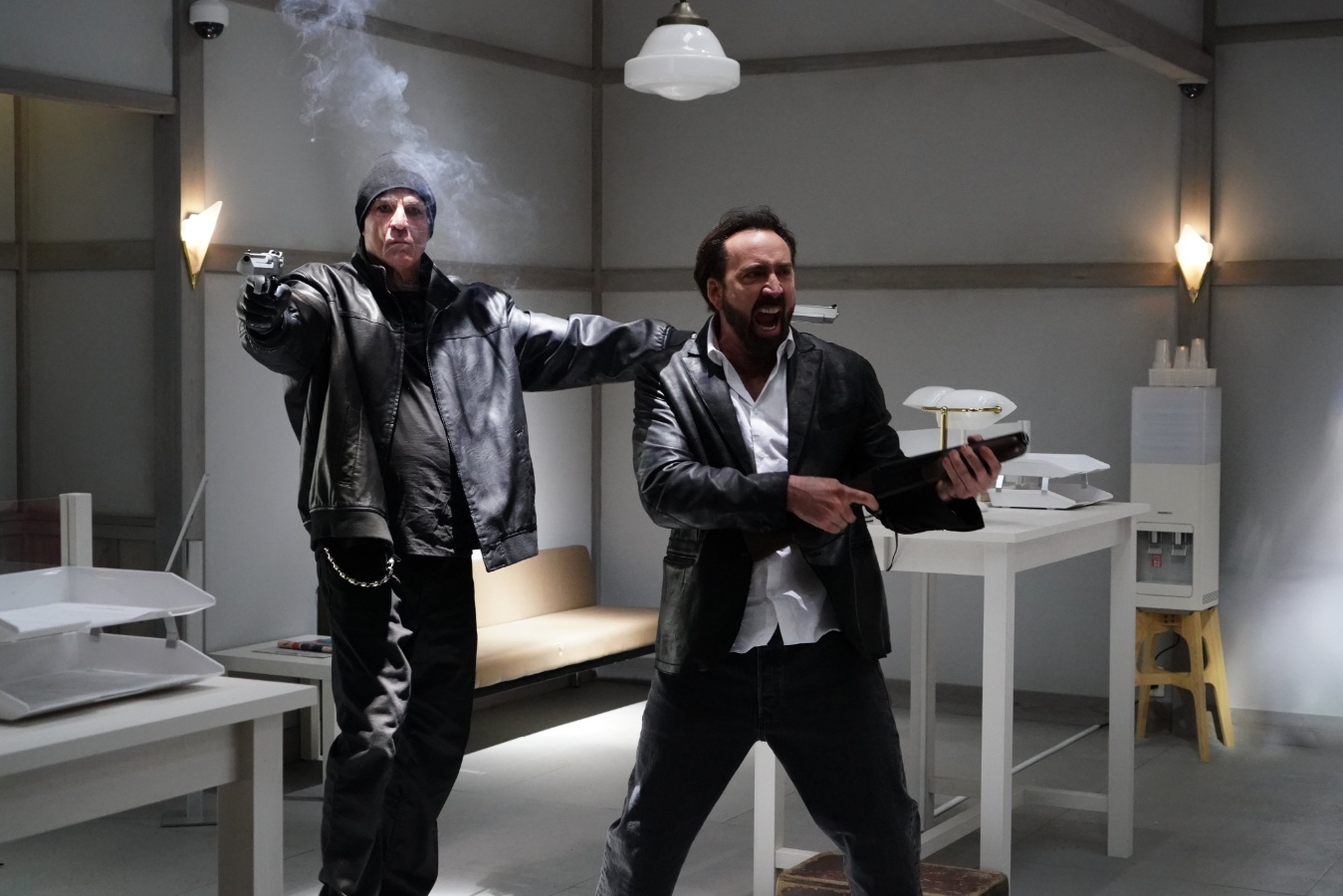 Update: The film will premiere at Sundance 2021. See the full announcement.

Two of the most prolific artists working today, Japanese director Sion Sono and actor Nicolas Cage finally joined forces for Prisoners of the Ghostland. Following a notorious criminal (Cage), who must break an evil curse in order to rescue an abducted girl who has mysteriously disappeared, we thought the film may have been delayed due to the director’s heart attack last year, but it looks like it’s now completed and coming soon as the first images have arrived.

“I’m thrilled about it! It’s unlike anything I’ve ever read before. It might be the wildest movie I’ve ever made, and that’s saying something,” Cage said back in 2018. “It’s out there. I wear a skintight black leather jumpsuit with grenades attached to different body parts, and if I don’t rescue the governor’s daughter from this state line where they’re all ghosts and bring her back they’re gonna blow me up. It’s just crazy. It’s way out there.”

Check out photos below via Fandango, also featuring co-star Sofia Boutella. Meanwhile, Sono has already premiered his other new film, the comedy-drama The Red Post On Escher Street, which was actually shot before this one.

Expect a 2021 festival premiere for Prisoners of the Ghostland.