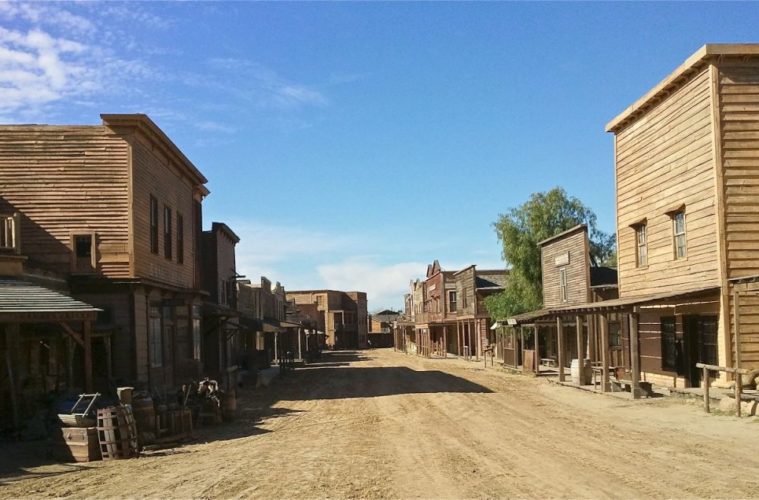 It’s finally happening; a new Quentin Tarantino is now being shot. Actor Garret Dillahunt was on said location yesterday and tweeted a few pictures of the set. Thanks to Bleeding Cool for the tip, which doesn’t feature any actors, but we can get a sense for the elaborate town Tarantino and crew are using. In his tweets, Dillahunt remarked how much it reminded him of his Deadwood days, also shot on Santa Clarita Melody Ranch.

Previously, Tarantino was on location at Mammoth Lakes, CA and will then move on to New Orleans for the rest of the shoot after filming concludes at the ranch. Tarantino recently told the LA Times that, “It’s a blast shooting here. Most other western towns look like dollhouses. This has the complete look. It’s fantastic.” Check out the photos below to get a taste of what to expect, location-wise.