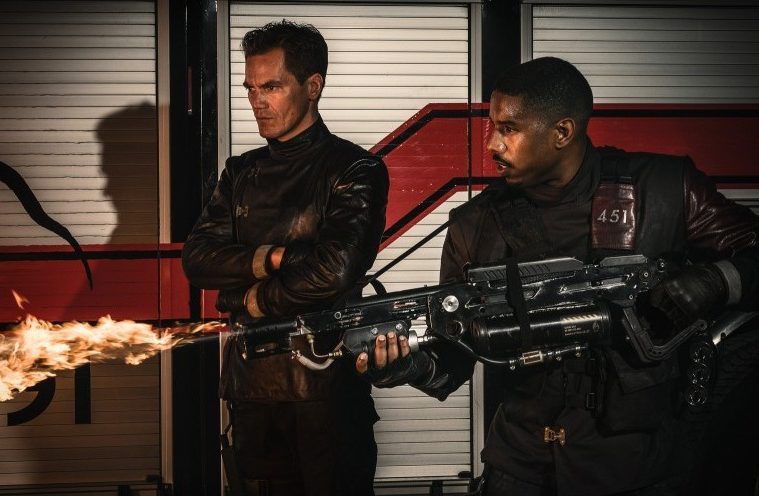 First Look at Michael Shannon and Michael B. Jordan in Ramin Bahrani’s ‘Fahrenheit 451’ It was just a few months ago it was announced that Michael B. Jordan and Michael Shannon would be teaming in an HBO adaptation of Fahrenheit 451. Directed by Ramin Bahrani, who previously helmed Shannon in the underseen 99 Homes, the the first image has now arrived as filming gets underway.

Adapted from the 1953 Ray Bradbury novel, Fahrenheit 451 is a dystopian saga about “firemen” who don’t put out fires, but rather start them by burning books, which are outlawed in the bleak but probably now not-too-distant version of America the characters inhabit. Jordan will play Guy Montag, a fireman who comes to lose faith in his profession once his eyes are opened to the outlawed printed word. Shannon is Captain Beatty, Montag’s mentor.

Bradbury’s novel was previously adapted as a 1966 film directed by François Truffaut, and served as the inspiration for countless other dystopian sci-fi titles, including the gun-fu extravaganza Equilibrium. Bahrani wrote the new HBO adaptation with his 99 Homes co-writer Amir Naderi. While Bahrani’s version also stars Lilly Singh, Sofia Boutella, and Laura Harrier, see the trailer for Truffaut’s version below.