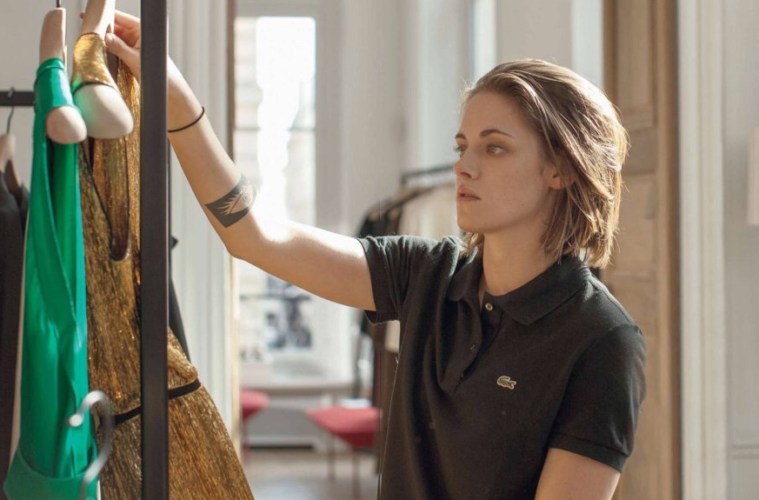 If one has seen Olivier Assayas‘ Clouds of Sils Maria, then you’ve witnessed Kristen Stewart‘s most accomplished performance thus far, and are rightfully looking forward to their next collaboration. Having revisited the film this past week to confirm it deserves a spot on my forthcoming top ten of the year, it was perfect timing, as we now have the first look at their next film, Personal Shopper.

With filming wrapped, hopefully a Cannes debut is in store for the English-language drama described as a “ghost story taking place in the fashion underworld.” Reteaming with producer Charles Gillibert, he previously said similar themes from Sils Maria will be explored, with an added “genre/fantasy dimension.” Check out the image below, thanks to UniFrance, for the film also starring Sigrid Bouaziz, Lars Eidinger, Anders Danielsen Lie, and Nora von Waldstätten.