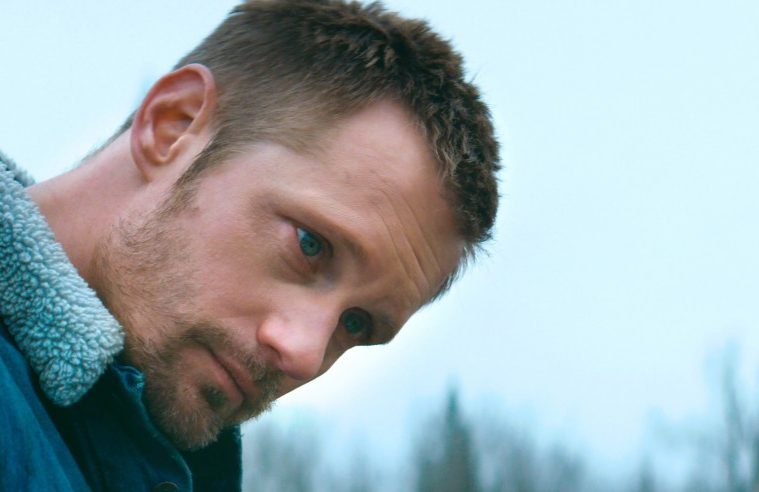 First Look at Jeremy Saulnier’s ‘Hold the Dark,’ Which Has the Highest Body Count of His Films

One of the films set to go to Cannes, but dropped due to their kerfuffle with Netflix was Hold the Dark, from Blue Ruin and Green Room director Jeremy Saulnier. Thankfully, we won’t have to wait long for the thriller which, as scripted by Macon Blair, follows a hunter who tracks down a pack of wolves who steal a child from his village. Starring Alexander Skarsgård, Jeffrey Wright, and Riley Keough, the first images have now arrived ahead of a Netflix debut on September 28–as well as an enticing fact from Saulnier about the level of carnage in the film.

“Oh, man, [the shoot] was completely insane,” Saulnier tells EW. “It was great, we had just enough to get it done, but we were punching way above our weight class as far as the scope and scale of this film. I also was able to experiment with many new things, the challenges of many firsts. Not only did it have the most intense dialogue, and also the highest body count, it had a first war scene, it had an aerial sequence, and by far the most animals I’ve worked with.”

To fuel the anticipation, he added, “We’ve had a couple of test screenings, even in the editorial process, because there was so much material and so many ways to go. There [were] audible gasps in the theater. It’s fun because, of course, once you dig into the novel, and then script, and then the production phase, you know every inch of the movie, and the familiarity becomes sort of blinding. But to be in a theater with people, and then turn your head to watch them watch the movie, see it reflected in their eyes, you kind of get to experience that very first spark when I was reading the novel. You see it in their eyes and it’s pretty fun.

See the first looks above and below (via EW, Empire, and Saulnier).