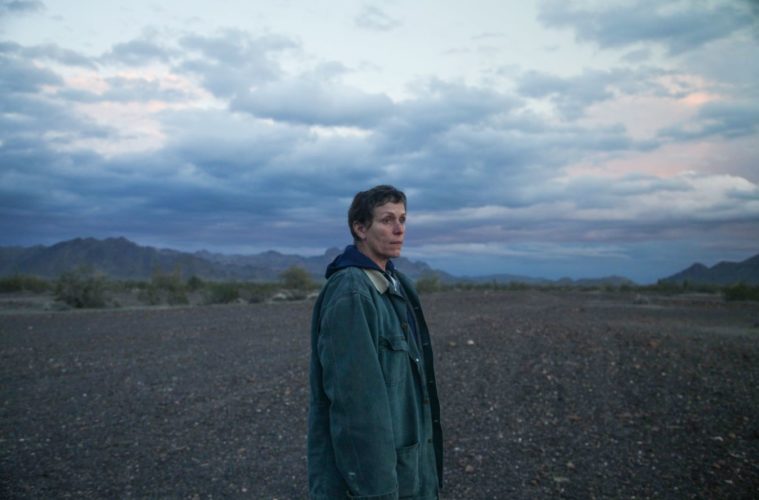 How’s this for a surprise? After crafting one of last year’s finest films with The Rider, it was thought that director Chloé Zhao would be heading into the Marvel Cinematic Universe with The Eternals. In welcome news, it looks like we’ll be getting another film from her before that, and it’s already begun production.

Today, Fox Searchlight announced they have picked up Nomadland, which stars Frances McDormand, marking her first role after Three Billboards Outside Ebbing, Missouri. Based on Jessica Bruder’s book, the road movie follows Fern (McDormand), a woman in her sixties, who after losing everything in the Great Recession embarks on a journey through the American West, living as a van-dwelling modern-day nomad. Reteaming with cinematographer Joshua James Richards (The Rider, God’s Own Country), Zhao once again uses a documentary-like approach as the supporting cast features non-actors, including Linda May and Charlene Swankie

“As I fell in love with the American west, it was impossible not to become fascinated with the roads that lead to the many adventures beyond the horizon. I’m very fortunate to be able to hit the road with a talented team and collaborate with a cast of professional and non-professional actors who are deeply giving and inspiring. I can’t wait to share their stories and what we’ve discovered along the way,” said Zhao.

See the first images above and below.