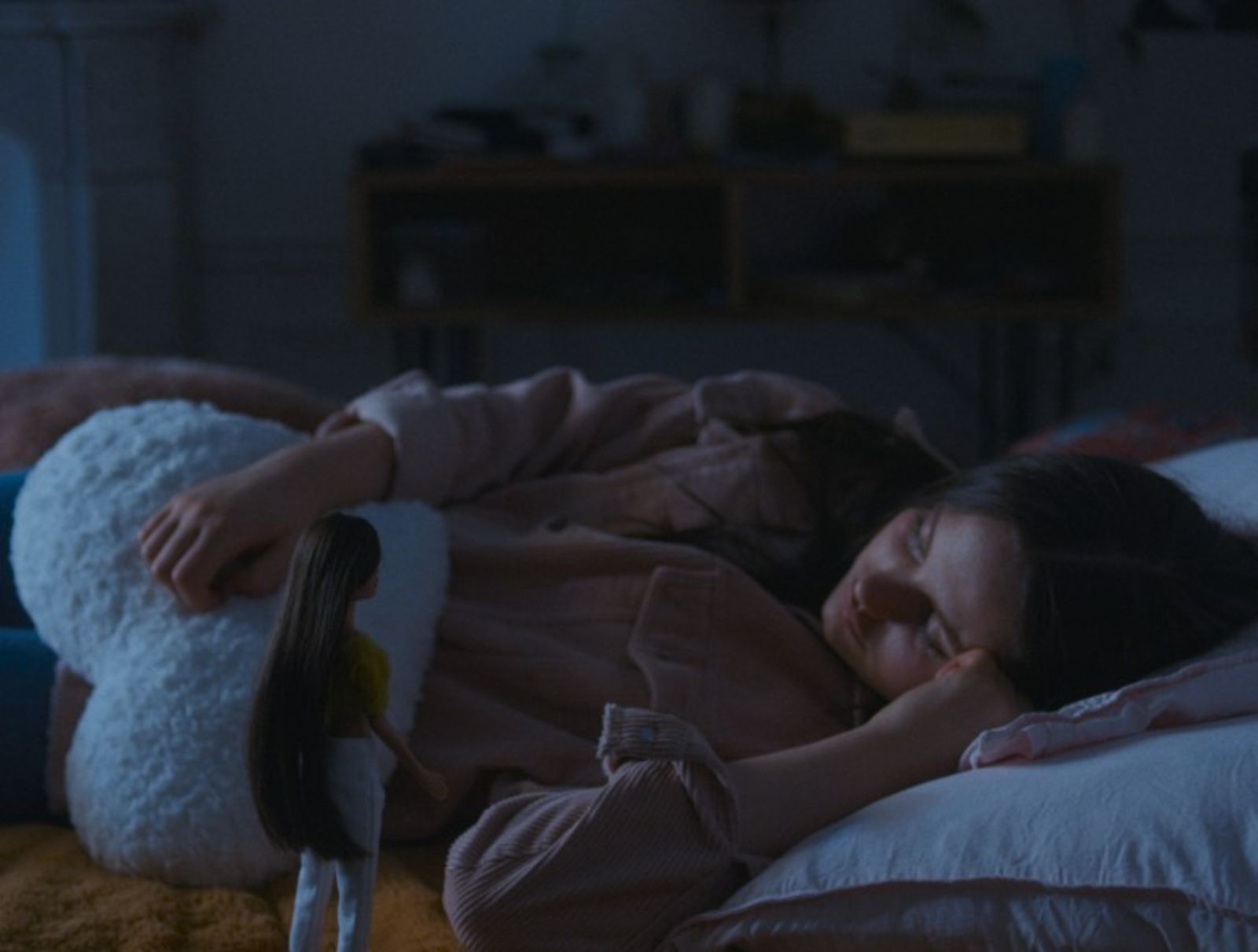 Update: See the first clips below.

Earlier last year it was announced Bertrand Bonello would be embarking on the ambitious sci-fi melodrama La Bête (aka The Beast) with Saint Laurent stars Léa Seydoux and Gaspard Ulliel. Sadly, the project was delayed even prior to Ulliel’s tragic passing and instead Bonello embarked on a smaller-scale film which reunited him with Ulliel.

Coma, which world premieres in the Encounters section at Berlinale, stars Louise Labeque (Zombi Child) and Julia Faure, with voice acting from Ulliel, Louis Garrel, Laetitia Casta, Anaïs Demoustier, and Vincent Lacoste. Ahead of the premiere, the first image has now arrived, seen above, along with new plot details.

Clocking in at 80 minutes, the hybrid live-action and animation “explores online behavior and content consumption through the eyes of a teenage girl who immerses audiences into her dreams and nightmares,” Variety reports. “Locked in her room, her only relationship to the outside world is virtual. Navigating between dreams and reality, she’s guided by a disturbing and mysterious YouTuber, Patricia Coma.”

See the official synopsis from the Berlinale site below.

Bertrand Bonello’s daughter has just turned 18. But the moment this young adult officially begins to “spread her wings” coincides with a global health crisis. Locked indoors, she experiences life in a state of limbo. In between reveries and video chats with her friends, she follows an influencer named Patricia Coma. A device she buys from her, called a “revelator”, leads her to question how much free will she actually has.

One of the sharpest minds in French cinema today, Bonello was bound to treat us with a commentary on the pandemic. What comes as a surprise is the dark humour in Coma. Poised somewhere between essay and fantasy, this cinematic anomaly sheds light on his fatherly efforts to connect with his daughter’s predicament and mirrors widespread anxiety about our children’s future. Making use of ever-changing formats that include animation and stop-motion, observations abound on global warming, geopolitics and our seeming inability to analyse what we see. Odd obsessions, nefarious role models and harmful perceptions of gender relations – there are many reasons why virtual life can terrify a parent. Unless, like Bonello, you know that trust is the most important gift you can bestow on your child.