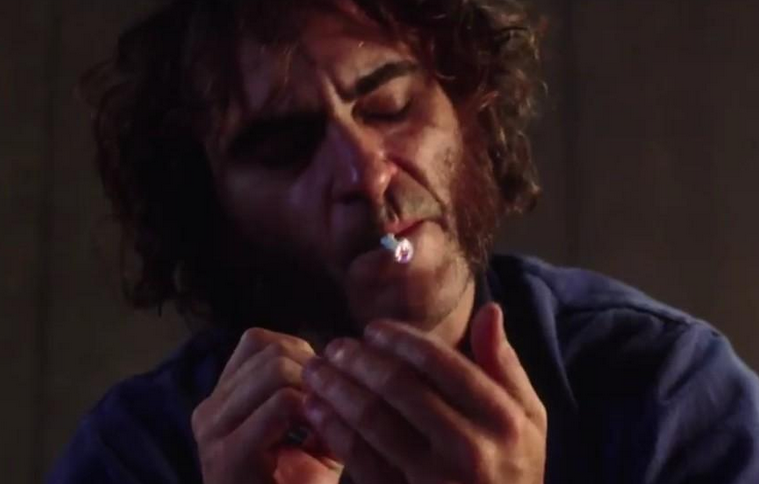 The painstakingly drawn-out process that is the marketing for Paul Thomas Anderson’s Inherent Vice has continued. After low-quality leaks of a number of images, today brings our first footage, but don’t get too excited yet — it comes in the form of a few very brief clips teasing the 52nd New York Film Festival line-up. We count two, perhaps three, snippets from the film here, ranging from Joaquin Phoenix lighting a joint to an altercation with the police.

Aside from that, the trailer highlights a wealth of promising (or great, according to our reviews from past festivals) features in the fantastic line-up, including Foxcatcher, Eden, Maps to the Stars, Gone Girl, Listen Up Philip, and more. Check it out below, and stay tuned for our coverage of the festival starting later this month.