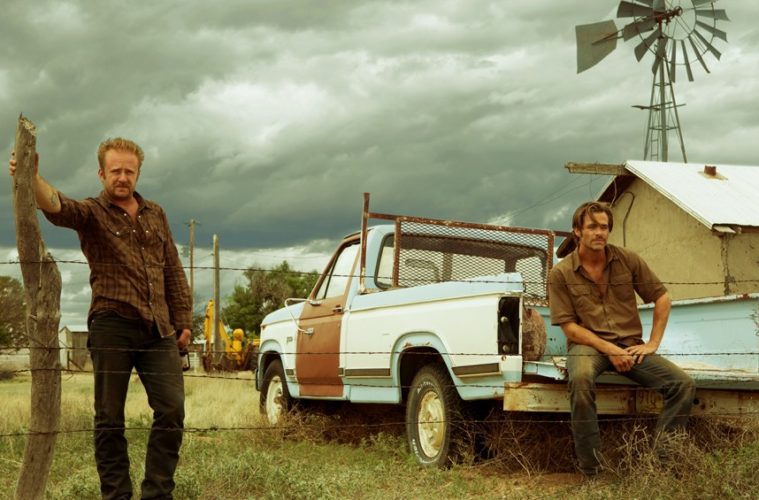 Following up his acclaimed prison drama Starred Up, featuring Jack O’Connell‘s best performance thus far, director David Mackenzie is back. The film, previously titled Comancheria, is now going by Hell or High Water, and we have the first look and release date ahead of a Cannes debut.

Featuring a script by Sicario writer Taylor Sheridan, Chris Pine and Ben Foster lead the story of two brothers — a divorced father and ex-con — who plan a bank robbery to save their farm, and the illustrious Jeff Bridges as the Texas ranger who’s soon on their heels. After a premiere in the Un Certain Regard section of Cannes, the drama is set to be released by CBS Films and Lionsgate starting on a limited roll-out on August 12th before expanding wide on the 26th.

“The movie has a lot of themes that are running in the American election, really: guns, oil, banks,” Mackenzie tells NY Times, who detailed one of the film’s highlights, a dialogue scene at a restaurant, which can be seen below in an image. One can also check out another new image above (via CinemaTeaser) and the poster below.