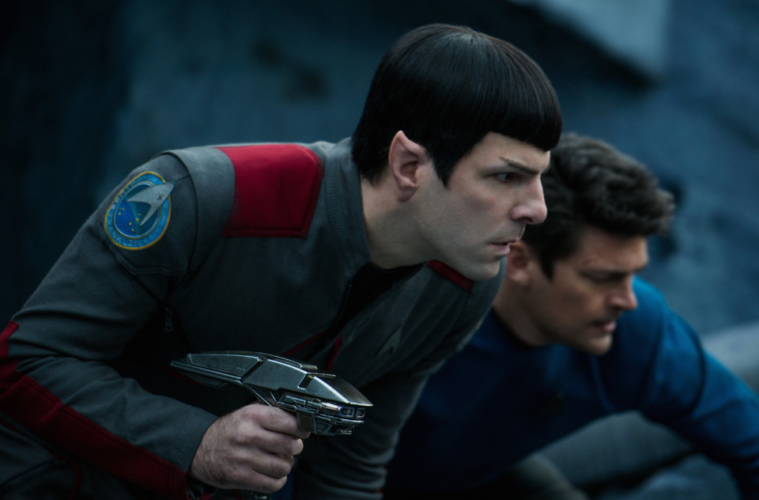 Final Trailer for ‘Star Trek Beyond’ Makes Some Noise

Once a movie studio has covered “this movie is a blast” with the Beastie Boys and “this is toweringly epic” with a more orchestral tinge, the final step is naturally “this is earth-shatteringly emotional, but with style” by using Rihanna. That’s the steps taken by the team behind Star Trek Beyond with the final trailer for the sci-fi adventure, featuring the new song “Sledgehammer.”

Following the tragic loss of co-star Anton Yelchin, he doesn’t show up here, but the final trailer carries a more somber tone. It features Chris Pine’s Kirk questioning his enrollment in Star Fleet (and really, the meaning of existence, with the help of some classic on-the-nose dialogue from Karl Urban), Idris Elba‘s Krall in action, and of course, things exploding.

In related news, Justin Lin, who, before taking on this latest Star Trek entry, has directed four entries in the Fast and Furious franchise, is being courted to direct a live-action adaptation of the widely popular manga, Akira. According to Meet the Movie Press, Lin may be offered a trade-off: direct Akira for WB and then he can helm Space Jam 2, a project Lin is developing himself. Previously, The Shallows director Jaume Collet-Serra was in talks to make a live-action version of Katsuhiro Otomo‘s creation, but has since dropped out.

As we await confirmation, see the final trailer below for Star Trek Beyond, along with the embedded single by Rihanna and a set of character posters.

“Star Trek Beyond,” the highly anticipated next installment in the globally popular Star Trek franchise, created by Gene Roddenberry and reintroduced by J.J. Abrams in 2009, returns with director Justin Lin (“The Fast and the Furious” franchise) at the helm of this epic voyage of the U.S.S. Enterprise and her intrepid crew. In “Beyond,” the Enterprise crew explores the furthest reaches of uncharted space, where they encounter a mysterious new enemy who puts them and everything the Federation stands for to the test.