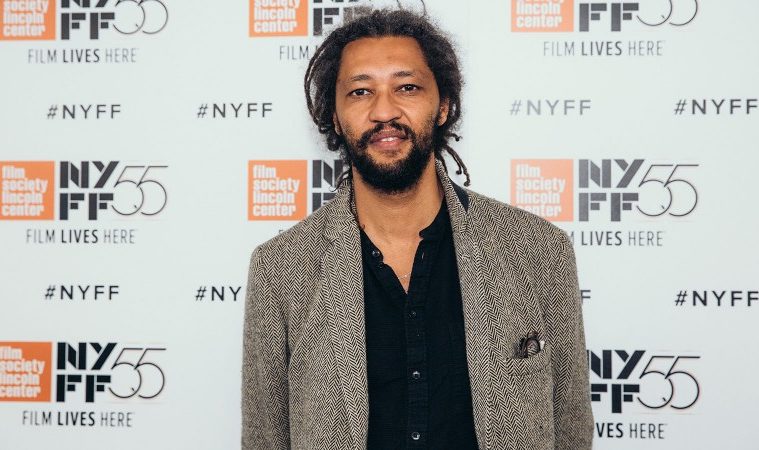 Set in Kinshasa in the Democratic Republic of Congo, Félicité is the new film from Alain Gomis, a French director of Guinea-Bissauan and Senegalese descent. It tells the story of its eponymous heroine, a singer trying to put a life together and barely making it work. It is a poignant portrait of a woman in crisis but is also about Félicité’s search for herself, for peace, for a contented soul. The film, which will represent Senegal in the Foreign Language Oscar category, recently played at the New York Film Festival and will open in limited release on October 27. We had the chance to talk to Gomis about his film, and you can read our conversation below.

I’m curious about the inception of the project. How did you come about it?

It was a mystery! I had this character, this woman I knew in Senegal. And her son, this kid with an amputated leg. It was something that happened to a young cousin of mine. And at some point the music came, I don’t really remember how. But it was also clear to me that I wanted to make a film about the city, an African city, about a working class neighborhood. Trying to capture something that’s sometimes hard to show, a dignity. That, yes, it’s hard but in fact we are doing it, we are making it through.

Was Félicité always a singer?

She wasn’t a singer at the beginning. She became a singer because I don’t like to explain too much with character and dialogue. Making her a singer allowed me to have an internal voice, with her real singing. I could have this character that sometimes would remain silent but you have the other side when she sings.

There’s a duality in the film. Two parallel stories; one a ticking clock structure — to find money to try and save her son. The other more fanciful to find peace within herself.

I wanted an easy entrance into the film. I wanted people from this neighborhood we are depicting to see the film. So we have a character with a problem, with a goal. But for me what I really wanted to share was the second part. Sometimes it’s fair, sometimes it’s difficult, but we can come back from this. The first part is like a mechanical drama then you reach an orbit that’s more about sensation with a more musical structure.

There is a lyricism to the second part movie that I particularly enjoyed. Can you talk about that aspect and how you managed to hold the balance with the very real dilemma at the center of the story?

It’s something that you can’t really explain. I want you to feel the movie, to have an experience with the movie. It’s more than a movie to see; it’s a movie to live. It’s about sharing a moment with the audience.

Can you talk about your casting process. Your lead actor, Véro Tshanda Beya Mputu, is tremendous and I understand this was her first filmed credit.

I’ve seen a lot of different actors. She came by chance when a friend of hers told her she should try auditioning. Immediately she was powerful, she surprised me a lot. Even though I imagined that character as a little skinny woman, I had to cast her. She had this powerful talent that made every situation concrete. This ability to remain extremely powerful even when silent. In the end I had to follow her because she knew the character better than me.

Part of what struck me about her performance was how highly performative it is. Félicité is a performer so that’s gives all her scenes a heightened reality. Can you talk about your collaboration with your lead actor?

The only thing I said to her was that, you don’t have to beg. These people owe you this money. Félicité is a character that doesn’t compromise. She has the moral authority. In our first improvisation she was begging, pleading so I asked to remain to always be proud. She got it, I didn’t have to say it twice.

A favorite scene is the one set in the market where Félicité has an altercation with another character from whom she’s trying to collect a debt. It’s funny but also full of drama.

This scene was at first supposed to be just between Félicité and the other actress. We filmed in a market in Kinshasa, and during the first take someone in the background interjected. It wasn’t scripted but made the scene more powerful. We were always trying to make the situation real, to interact in a real way. So we kept it in.

Was that why you filmed in real locations in Kinshasa?

I think Kinshasa is a perfect image of our modern world. 20 years ago if you wanted to have an snapshot of this modern world, maybe you filmed in New York. Today you have to do it in Kinshasa or in Lagos. This is our modern world without the makeup. You can see all the forces struggling together. It’s a powerful city, it was incredible to shoot the film there.

This film has a density that is sometimes found in movies but more often found in literature. Who were your influences in literature?

Do you know the Congolese writer, Sony Labou Tansi?

He’s a Congolese writer who died several years ago. He wrote a few wonderful books in the 1960s and 1970s. But somebody like James Baldwin is also a big influence. I can say that the first sequence in the film is a homage to a few pages of his Harlem Quartet.

The film won the grand jury prize at Berlin. How was that experience?

Berlin made it possible for the film to reach a wider audience. It gave us visibility. So it was important.

How was the reception at the New York Film Festival?

The screening was beautiful. I felt a deeper connection with the film. It surprised me. The audience got the film. It was a really strong, really intense feeling.

I read a quote from you about cinema prevailing in Africa without having cinemas to go to: “The young generation of filmmakers have grown up without ever having gone to the cinema because there are no more cinemas in Africa.” Can you elaborate on that?

I had the chance to go with this film to a lot of places in Africa: Congo, Nigeria, Benin, Cameroon, Ivory Coast, Senegal. We’ve been with the film in places where people are not used to going to the cinema and not used to seeing this kind of movie. But still we had wonderful experiences. It’s not because we don’t have cinemas anymore that we have to make simple films. There is a need for dialogue with images. Making films is not about trying to project the right image, but about being able to be part of it, to expand the constriction of our images of ourselves. This is just our little contribution to this huge work we have to do.

Félicité screened at the New York Film Festival and opens on October 27.