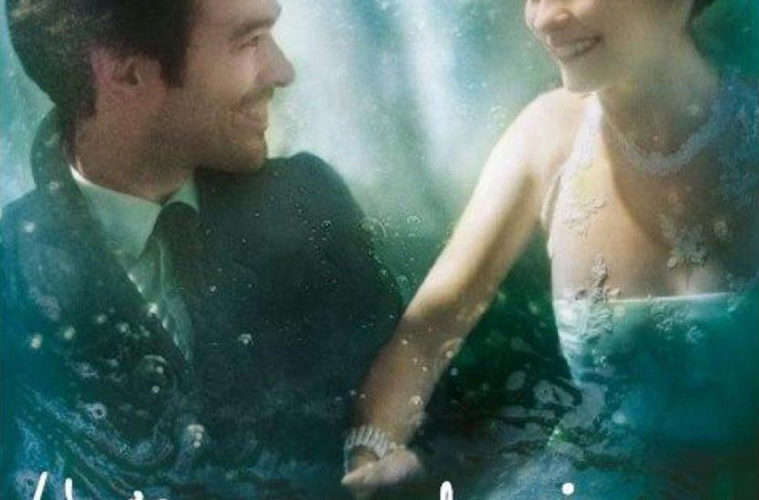 Whether it’s on account of the visual flair he showcases in this hyper-stylized alternative universe or, perhaps, through the frank manner some characters talk to each other, whimsical is the perfect adjective to describe Michel Gondry‘s latest film, Mood Indigo. Wild colors pepper the first half, and there’s an intense level of fun to be had throughout — but it’s not just visual flair. As we fall for our two leads, Chloe (Audrey Tatou) and Colin (Romain Duris), their profiles are intricately constructed. The latter, an extremely eligible bachelor, has a full-time lawyer who cooks for him in his wacky trailer apartment, never working because he has plenty of money. But his best friend, Chick (Gad Elmaleh), has a beautiful new girlfriend, and his own cook, Nicolas (Omar Sy), is a suave ladies man. Colin is fed up with this, so he demands, “I want to fall in love, too!” This is when he meets Chloe (Audrey Tautou), a wonderful woman with whom he, initially, doesn’t seem to have much in common with, yet this shared sense of awkwardness creates a common ground all its own. As adapted from the Boris Vian novel, Mood Indigo is propelled by sharp, witty dialogue complimented by Gondry’s continually stupendous sense of visual capture. Witness how the characters dance with their overlong legs that bend physics; as a viewer, we’re keenly aware that when the characters are not shown dancing they have normal dimensions, but that simply doesn’t matter in the world Gondry has created.

We can not only detect the passion Gondry holds for the source material, but how his signature visuals bring it into a new dimension. This is the director gone wild: a reason why Mood feels to wholly be his creation, even if it is not. The characters are rich and brought to life by an impressive ensemble, from the ever-reliable Tatou to the excellent Sy. The film also plays with the way our lives seem to be written; we have little control of the hurdles we eventually face, whether it’s sickness or just meeting people who we connect with.

As Colin has to constantly be reminded that, in life, there are no guarantees, his financial well-being, his love life, and even his health are in constant flux. But in this airy fantasy that revels in its whimsy, there’s also a dreary side. In a fairy tale, the more mundane elements can become wondrous, but Gondry’s Mood Indigo is also a reflection of the real world, and in that there is sickness, death, and weapons. These are all treated with the same flair, but they’re still tragically brilliant. Mood Indigo helps us understand the extent to which Chloe and Colin fit one another; when she gets sick, one will immediately feel the immense pain. Tears rolled down my eyes, even as what I was witnessing wasn’t clear in terms of actual repercussions — which is not a knock against the film, but praise for how Gondry was able to implement visual character as an enhancement of the experience. Gondry, rather cleverly, ends up giving us a black-and-white film which arrives in such a deliriously engaging way, that my heart broke. As Chloe is getting sick, the whimsy becomes fleeting; while Colin’s apartment was once immaculately designed and full of bombastic color, it has now become bedraggled and monochromatic. Melancholy is never allowed to fully set in, however, and the keenly chosen music ushers us along Colin and Chloe’s journey with an upbeat mood.

Richly told through Gondry’s signature visual oddities and whimsy, Mood Indigo posits itself as something raw and intensely original. Love can color your world, but pain can suck it dry: the highs are silly and leave you with a child-like grin across your face and there’s simply no denying the good mood his cinema fosters — but the tragedy is just as deep and involving. If this is Gondry with free reign, I can’t imagine why he isn’t given the chance to exert himself more often. I look forward to even more journeys of this nature, even if it means watching Mood Indigo numerous times while waiting.