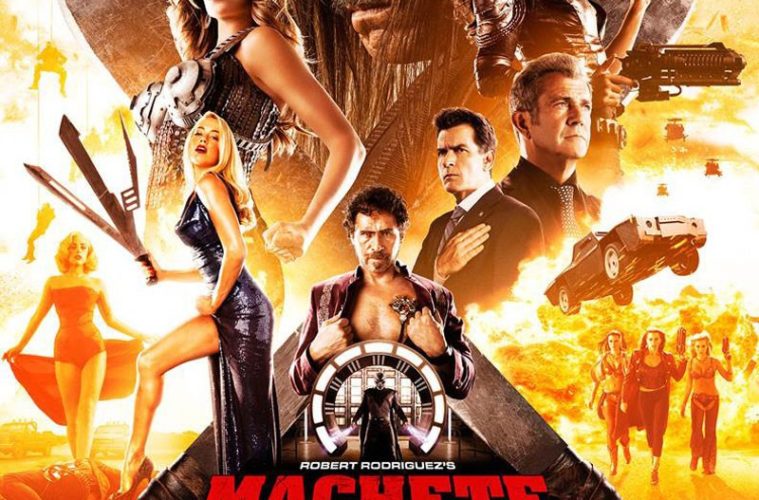 The prospect of a fake trailer included in Robert Rodriguez and Quentin Tarantino‘s double-feature Grindhouse being turned into a full-blown film wasn’t encouraging. But the original Machete, when sliding into theaters three years ago, turned out to be a surprisingly enjoyable, action-filled romp. So, after recouping his budget (and a bit more), Rodriguez was encouraged to make a sequel — but somehow, someway, the film is lesser than its original.

Instead of putting focus on Danny Trejo‘s titular Machete, this film introduces so many side characters that it can almost feel as if he plays second fiddle. While he went the bigger-is-better route, I have trouble putting the full blame on Rodriguez when the characters introduced throughout Machete Kills are often hilarious and weird to a pleasurably excessive degree. But if it was Machete himself that was people’s draw for the first film, this follow-up will disappoint.

Demian Bichir plays Mendez, a psychotic criminal who uses a nuclear threat in an attempt to get the U.S. government to invade Mexico, now laying behind a huge border wall, in hopes of eliminating both the country’s corrupt officials and the drug cartel that has taken over. The U.S. President (Charlie Sheen, billed under his original name, Carlos Estévez) tasks Machete to take Mendez out, and our plot begins; along the way, Machete meets numerous assassins aiming for him and Mendez, played by the likes of Cuba Gooding Jr., Walton Goggins, Lady Gaga, and a very grown-up Alexa Vega. The remarkable aspect of this sequel, if any aspect might truly be, is how much Rodriguez packs into the 107-minute runtime. While the ending may leave one feeling short-shrifted, everything which comes before feels right in the wheelhouse of the Machete franchise that’s been established thus far: with creative kills from our lead, babes with overt cleavage and attitude, wild weapons, and buckets of blood, all the calling cards are here — and they (more or less) deliver as expected. One can clearly see the mythology Rodriguez is building with his Mexican Rambo who can pull out ridiculous feats and dismantle bad guys by the dozens.

The question that remains is whether the joke can sustain beyond a single film. If you enjoyed the franchise-starter, Machete Kills likely has enough charm to keep your interest; if that film never caught your attention, however, this one’s unlikely to change your opinion. Bigger, more ambitious, and more raucous, Machete Kills stands as a film that proves more can, sometimes, be less. For all the mayhem put onscreen, Rodriguez rarely hits the funny bone here, despite a few chuckles sneaking in. Trejo and crew are clearly in on the gag and have a blast running with it, but, as an audience member, we’re only left wanting more.

Machete Kills premiered at Fantastic Fest and will hit theaters on October 11th.