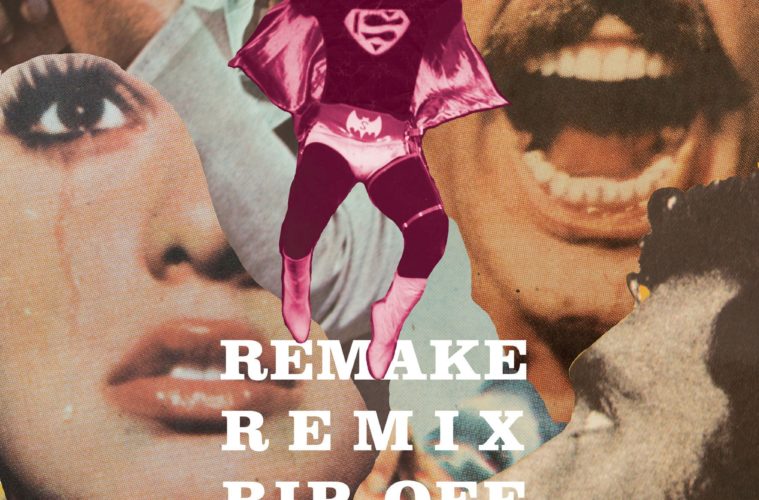 Director Cem Kaya spent seven years compiling materials and conducting research for his debut feature Remix, Remake, Rip-Off: About Copy Culture and Turkish Pop Cinema, a sprawling documentary about the Turkish film industry. The time was well spent, as he delivers a comprehensive and truly mind-boggling look at how, from the 1960s up until 1980, the country became one of the world’s largest movie producers by churning out thousands upon thousands of laughably bad, slapdash titles. It was a culture notorious for low-rent knockoffs, where, thanks to nonexistent copyright laws, filmmakers could appeal to domestic audiences by applying a Turkish spin to ideas, footage and music taken directly from successful Western and Bollywood films. Rather than focus on his subject’s crowd-pleasing novelty, however, Kaya prefers to examine the circumstances driving the surprising resourcefulness and ingenuity behind these boldly unscrupulous methods.

Over the course of 96 minutes – which is packed to the gills with outrageous movie clips – the film captures the people and places that defined Turkish cinema’s heyday. Interviews with colorful cast and crew members recall wild times at Yeşilçam, the former heart of the country’s film production and home to its beloved Emek Cinema, where everyone worked under strict deadlines (projects were often shot and edited in a week), dangerous working conditions, and with extremely limited resources. The dizzying pace and sheer volume of content – all of which was penned by the same three screenwriters – led to the common use of repeated storylines and unabashed plagiarism. The well-honed practices shine in Kaya’s masterful montages, which demonstrate the many variations of one formulaic melodrama, and Turkified takes on popular superheroes (one character is an amalgamation of Batman, Superman and the Lone Ranger), Star Wars, Bonnie and Clyde, and, to a hilarious degree, The Exorcist.

Kaya draws the viewer in with amusing anecdotes, marvel-worthy stunts, and impressive DIY rigging before turning to the corrupt political influences dictating all the mayhem. Director Çetin İnanç emerges as one of the more vocal figures as he describes how his works – which often featured hyper-edited fight scenes and the inexplicable appearances of sharks, zombies and ninjas – were all he was allowed to produce under strict censorship. Filmmakers who defied state rule faced severe persecution and long prison sentences, a fate which befell both İnanç and his Palme d’Or-winning contemporary Yılmaz Güney. The shift in tone allows for a smooth transition into present day conflicts, where Turkish film and TV professionals clash with police during Workers’ Day demonstrations, and the beloved Emek Cinema falls to demolition crews despite fierce public outcry.

It’s difficult to imagine the rigorous workload Kaya and his team took on in order to craft Remake, Remix, Rip-Off – the years spent combing through endless film footage, speaking with dozens of Yeşilçam greats, and risking injury while following protesters through the streets. That he did so is more than admirable, as he has produced an enlightening and utterly entertaining look at one of history’s most overlooked and misunderstood film eras.